A quick run-down of the tournament’s front-runners and superstars. 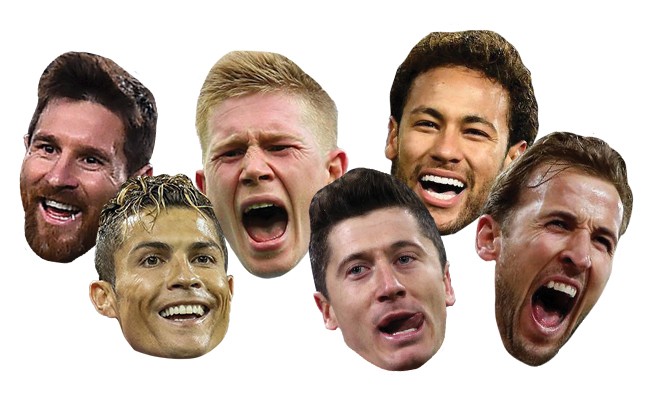 The World Cup is upon us and footie fever is high, especially with the announcement that Canada will be one of three host countries for the 2026 tourney. If you want to brush up on your World Cup knowledge, or just can’t get enough of soccer, here is a brief primer on who to watch.

Germany
The defending champs came in as the favourites but suffered a shocking loss to Mexico in their first match. They have made at least the semi-finals in every World Cup and Euro Championship since their current coach took over in 2006. They should be fine.

Brazil
Last tournament’s hosts are out to avenge their 7-1 loss to Germany in the semi-finals. They didn’t play their best against Switzerland but easily could have won. Neymar’s injured right foot is a concern.

France
France has arguably the most talent but isn’t necessarily the best team. They can have trouble syncing as a group and their mediocre performance against Australia doesn’t provide much confidence. If they can maximize their strengths, they will be a force.

Spain
This is a difficult team to play against. They rarely give up the ball and have arguably the deepest midfield and best keeper in the tournament. What stopped them from beating Portugal was an unbelievable performance by Ronaldo and an uncharacteristic goaltending blunder.

Lionel Messi (Argentina) and Cristiano Ronaldo (Portugal)
They are all-time greats and have dominated the game since the mid-2000s. Ronaldo is 33 and Messi is 30, and this may be their last chance to lead their countries to a World Cup as superstars.

Neymar (Brazil)
If his foot is fine, he is one of the most electrifying players in the world.

Kevin De Bruyne (Belgium)
Belgium is loaded with talent and has a shot at winning its first World Cup. De Bruyne dominates the game from midfield and can use this tournament to elevate him to international superstardom.

Harry Kane (England) and Robert Lewandowski (Poland)
Both players are elite scorers and are the go-to players on their teams. Kane has the confidence, skill and ability to score and make his teammates better. Poland is in a wide-open group and Lewandowski has the chance to lead his team deep into the tournament.