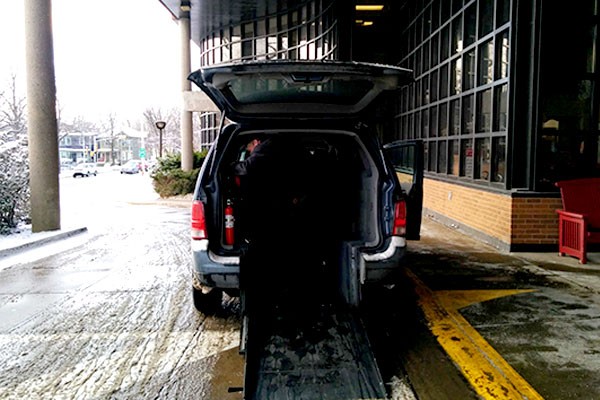 Halifax Regional Council is finally doing something concrete about the dismal situation for folks who use mobility devices and want a little spontaneity in their lives. This week it voted to include the procurement of an on-demand accessible transportation service in this year’s upcoming budget.

The plan is to subsidize a fleet of accessible taxis so that those who need it have the same access to on-demand transit as folks in Halifax who don’t use a wheelchair or mobility device, and can whip out their phone and have a cab outside their house in minutes.

Right now, there are only 11 accessible taxis licenced in Halifax, down from 16 in 2019, and 47 in 2015. Most of those still operating aren’t making ends meet. The vehicles cost more to buy, more to maintain and take more effort to operate than a non-accessible taxi. Leaving folks like Vicky Levack, the 30-year-old chair of HRM’s accessibility advisory committee, who is living with cerebral palsy, out of luck.

When the plan was first presented to the accessibility advisory committee before heading to council, Levack says her response was: “Yes please, for the love of god do this.”

HRM hopes to contract out a company to provide the service, and wants to have things up and running by the fall of this year. It estimates that it’ll need 10 accessible taxis to meet demand, but Levack says that number, while “better than what we have now by a long shot,” is still too low.

“What if me and five of my friends who all happen to have disabilities want to go out, we need five different vehicles,” she says.

Levack points to the Vancouver-based tech company Spare, which calls itself “the most advanced software platform for connecting communities through inclusive and efficient on-demand microtransit” as a good example for what Halifax needs.

And adds that HRM’s commitment to subsidizing the program is essential to its success.

“People with disabilities are the poorest segment of the population,” she says. “There’s no sense having accessible rides if no one can afford to take them.” And she wants to see the people doing the driving making a living wage, too. (Which in Halifax is currently $21.80 an hour or $43,600 a year.)

HRM’s initial estimate for the 10-vehicle operation is somewhere from $280,000 to $600,000 a year. The range is so wide because the costs depend on whether the contracted business–if the city can find one–already has vehicles or will have to purchase and outfit them.