In honour of Record Store Day, the rock singer will hit all the Taz stores in the HRM in one afternoon. 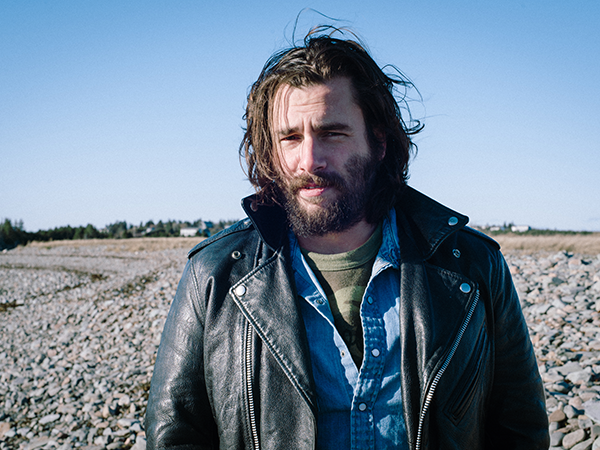 Atrip to Taz Records is nothing new to Adam Baldwin, but what he's doing for Record Store Day is a little unusual for a music lover: On April 13 he's playing all three Taz Records locations in one afternoon.

"When I was first moved out on my own, I used to go to the old location on Gottingen Street about once a week," says Baldwin. "I'd take a bus from the south end over there and buy records."

The original plan for this weekend was to play the Halifax location only. "I was at New Scotland Yard in Dartmouth and I just thought to myself, maybe that day I should play over here too," he says. "And I wasn't about to leave the Bedford store out of the loop."

He'll load in with a small PA system and acoustic guitar, play a couple songs, sign copies of his newest EP No Rest for the Wicked then head to the next stop. It's fitting Baldwin is driving all around the Halifax Regional Municipality playing songs from an EP with lyrics that were mostly written while driving from Dartmouth to Lawrencetown.

"I wrote the majority of the record in my van," he says. "The melodies all came to me while I was sitting there singing gibberish driving back and forth to see my kids."

With pen and paper in his van (and next to his bed) to capture flashes of inspiration, Baldwin created some rock and roll that's brutally honest and from the heart, talking candidly about struggles with substance abuse and getting help.

"I don't understand why anybody would write a song or make a piece of art if it wasn't an honest interpretation of something. That's what I do," he says. "The songs that are written that way, straight out of somebody's heart—those are the songs that mean the most to me."