Five possible candidates to be the new host of Information Morning.

A new parlour game launched in late November when Don Connolly announced his retirement. “Who’s going to be the new Information Morning host?” is based on the premise that CBC has one chance to get this right, as precedent tells us the person filling Connolly’s chair could be a public face of the corporation for decades.

I’ve been playing this game for several weeks, with dozens of different people, and there’s consensus around what these members of the public are looking for: The host has to be a good host, obviously. After that key requirement, the biggest consideration is that the choice of replacement is a political statement.

Connolly got his start when being white and being male were powerful, unspoken qualifications. Four-plus decades later, because we talk about this stuff, power structures are expanding. In my conversations about plausible new hosts, the following five people kept coming up. I don’t know if any of them have even applied for the job, let alone who else might be on CBC’s list, but clearly nobody thinks white guys are the only option. This reflection of how much society is changing also shows a belief among listeners that CBC should keep up. 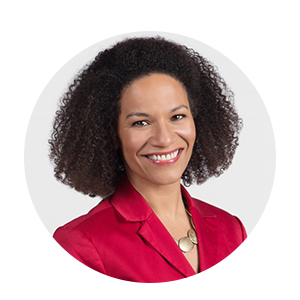 The top three qualities CBC is looking for, according to the job posting, are:

• Range of knowledge and experience on a variety of subject matters.
• Strong interviewing skills.
• A demonstrated understanding of Nova Scotia’s political and cultural landscape.

Putting aside the obvious interviewing requirement, do you see the paradox? Being widely experienced—one might say “worldly”—risks making locals think you can’t possibly understand them, hence the problematic term “come from away.” But Portia Clark walks the tightrope, being from Digby and starting her CBC career in Halifax, yet spending something like the last 20 years at CBC Edmonton, where she currently hosts the afternoon radio show. Locals who heard her filling in on Information Morning last summer were smitten: One told me, “It would be a human rights complaint to put someone else in this job.” 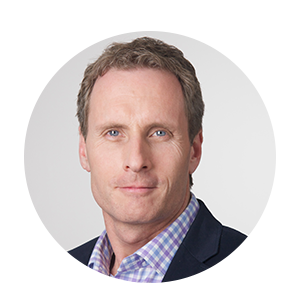 He’s been hosting the afternoon radio show Mainstreet for nearly two years, but that wouldn’t stop CBC: 2018 dawned in BC with the afternoon host moving to the morning show, the noon host going to afternoons and a job search starting for noon. Bob Murphy is a respected radio journalist whose strength as a reporter—the ability to ask questions in a neutral tone—isn’t serving him well in the host’s chair, where allowing some emotion to come out on-air can breathe life into a show. He’ll surely get there, because everybody agrees his off-air personality is excellent, but is Information Morning where he should be now? For people of the mindset that the only thing a morning host has to do is gentle you into the morning by telling you the correct time (not a Connolly specialty), the answer is a resounding “sure.”

“When I’m asked to describe myself, I always say I’m a gay Native recovered lawyer turned feminist comic.” That’s what Candy Palmater told the Toronto Star in 2016, when her national CBC radio program The Candy Palmater Show was about to launch. The show is gone, but Palmater endures, yet another star who left Halifax for the brighter lights of TDot. Palmater as a host is the opposite of Bob Murphy: Irrepressible on-air personality without major journalism chops. Although that combo isn’t what local CBC brass is rumoured to be looking for on Info Morn, there are worse things than waking up to a charismatic conversationalist.

Major national companies often end up creating some best-of-both-worlds jobs, where a person earns the prestige of working for the Toronto head office without living in the 416. Mary Lynk has one such job at CBC, based in Halifax as network producer for the celebrated radio institution Ideas. Her wide-ranging duties include going to California to interview architect Frank Gehry for a two-part series released last fall, doing award-winning journalism like her documentary about singer Raylene Rankin and redefining obituaries by launching the well-received The Late Show. It would be great to hear more of her on the radio, but to Lynk the repetitive early rising slog of IM must look like a worst-of-one-world role.

Nearly ubiquitous in Halifax as an activist and critic, El Jones is also the city’s former poet laureate, current Nancy’s Chair in Women’s Studies at Mount Saint Vincent University and a bona fide radio personality at CKDU. But she is not a CBC insider, which the next host surely will be. It’s stated among qualifications in the job posting—“Excellent understanding of CBC, journalistic and programming policies, standards practices”—and woven into the CBC’s fabric. To insiders, Info Morn is glamorous and high-stakes, the most popular morning show east of Montreal, too much to risk on a new person who’s also new to CBC and its special journalistic bureaucratic culture. Too bad, because outsider voices keep CBC fresh. In an ideal world, Jones could go the Palmater route and get her own show.