A rich fictional world will stun with its detail 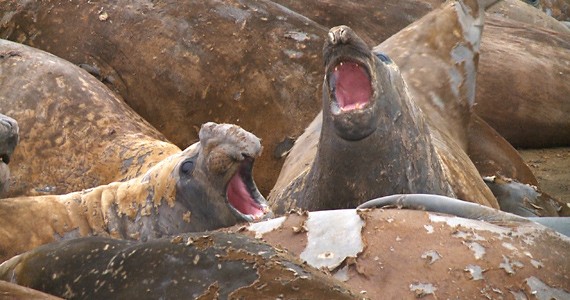 If you've never heard of Argentinian explorer Gabriela Conti (1974-2010), it's likely because she is the work of Parisian artist Agathe Simon's imagination. But that doesn't make Conti any less real. "She's a source of inspiration for me because her all life is about freedom, creation, desire and adventures," says Simon, from a solo exhibition in Algiers. "She has been brave, bold and wild enough to fully live her life and passion. With no compromise. One more word: she is pure fiction. "

Simon's Antarctic Spectrum is an installation that honours the adventurous life and work of Conti, including sounds captured in the Antarctic and a tribute to her "2048 Expedition" through the wilds. The video installations will convey the environment and wildlife of the desolate, icy landscapes. "As you will see, everything is linked with Gabriela," says Simon. This ongoing documentary project is presented in partnership with AFCOOP and also circles around Conti's half-sister, Cecilia.

Cecilia's tribute website (gabrielaconti.com) tries to pull together a history of the explorer as the facts are revealed. There are testimonies, video clips and Cecilia's own troubling backstory with Argentina's dictatorships. There are elements of mystery, isolation and uncertainty, as unknown as the vast Antarctic itself. Conti, the first Argentinian woman to reach the South Pole, died there in 2010.

"I have imagined her whole life in collaboration with many specialists: historians, journalists, writers, scientists, architects and antique dealers," says Simon. Antarctic Spectrum is chilling in its detail.