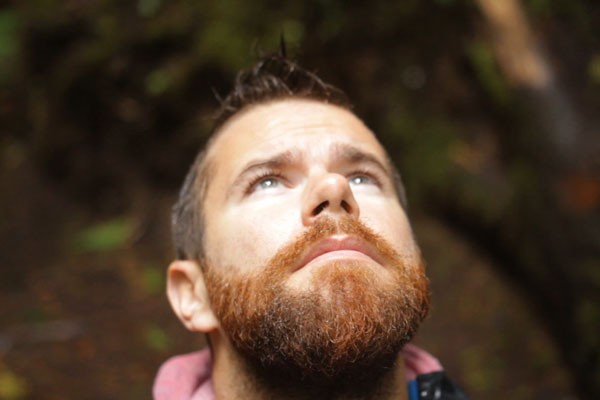 Scott Jones' life changed on the night of October 13, 2013, almost five years ago. The openly gay musician was attacked on a New Glasgow street by Shane Matheson, a teenager with a knife. The incident put Jones in hospital for months, and took from him the use of his legs.

Laura Marie Wayne, a filmmaker and close friend of Jones', flew home from Cuba when she heard of the attack. Her film, Love, Scott, includes initial, intimate footage from Jones' hospital room.

"I'm one of those filmmakers who hates unpacking her camera," Wayne says. "But as soon as Scott was attacked, I had a deep sense to bring it with me. There was a sense that some justice could come through the camera, and that a really important part of the story—that he was targeted as a gay man—wasn't being heard."

Matheson was convicted of attempted murder in June, 2014, and sentenced to 10 years in prison. But the attack was never considered a hate crime. Love, Scott makes the case, and more.

"With this camera, with our relationship, this felt like the chance to bring Scott's truth, Scott's version of the story to the public," says Wayne. "Not the media version, not the police, but Scott's lived experience."

The documentary pivots between the intimate and the political, sometimes in the same scene. Wayne's friendship with her subject means she gets access to frequent, emotionally charged moments in the months and years of Jones' working through trauma, his return to the street where he was attacked, and a reconnecting with important people and places in his life. It also details his subsequent activism. His Don't Be Afraid campaign is an effort to eliminate homophobia and diminish violence and bigotry through conversation and expression.

For Jones, having these moments captured and shared is a cathartic experience as the film tours the country. It's already screened at Hot Docs and the Inside Out festivals in Toronto. "Initially, watching it was difficult," Jones says. "It's been such a long journey. To see it all represented on screen, it's really emotional. I'm really happy with it, obviously."

What helps root the film is Wayne's compelling visual aesthetic, a full swatch of autumnal moods and colours setting off Jones' eyes and beard, where the Nova Scotia landscape mirrors his inner world. And all this with a gorgeous soundtrack by none other than Sigur Ros.

"When it came time to start editing, I used that music, but knowing that we wouldn't be able to have it," says Wayne. "But it became so apparent that nothing else would do. Nothing else is as deeply as emotive or speaks to this experience. So, Scott was like, 'We need them.'"

Cue a conversation with producer Annette Clarke, and a contact with the Icelandic band's manager. An email and a small portion of the film was shared, with an unexpected result: The band wrote back the next day with a message of support. "They said, 'Whatever it takes, we want to give our music to the film. We'll make it happen,'" says Wayne. "If someone had told me as a film student that one day I would have a Sigur Ros soundtrack, that's the ultimate. I can retire now."

The film includes Jones sharing a letter he wrote to Matheson, an expression of forgiveness, but that doesn't soften or change Wayne and Jones' mission statement.

"I've seen the activism create change, that's been a big part of what's kept me going," says Jones. "I feel like this film is giving voice to queer experience and creating more change, that this is another chapter. It's really motivating me to continue doing that work."

"It's so important to be able to name the crime as a hate crime, which it wasn't," says Wayne. "One of the things that I learned in making the film, when a member of the queer community is attacked, it's not an attack on one individual, it's an attack on the whole community. It creates this residual fear, where people feel it's not safe to express themselves in public. That's why it's so important not to singularize this as a one-off story."

Carsten Knox is a film writer and programmer. He's also a part of the FIN Script Development Program this year.