The Toronto-based comedian is bringing his Muslim, Interrupted tour across Canada, including Halifax. 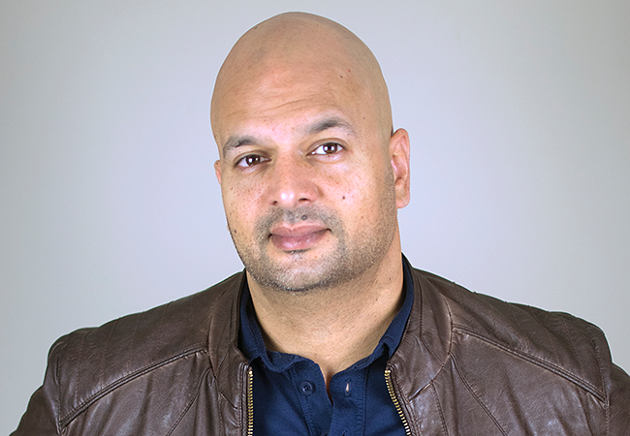 
Comedian Ali Hassan was taken by surprise when his children came to him with questions about Islam. Those questions inspired Hassan's current solo show Muslim, Interrupted, which is on its way to The Carleton on Tuesday. While Hassan's main goal is to make people laugh, he hopes the show helps the audience learn a thing or two as well.

Hassan calls himself a "cultural Muslim," a term he adopted from a couple of his Jewish friends who refer to themselves as "cultural Jews." In other words, he isn't religious—he eats pepperoni and doesn't tend to pray—but Hassan feels connected to non-theological aspects of Islam. When he worked as a chef, for instance, he took pride in bringing Afghan cuisine to the table. He's also no stranger to getting singled out at the airport.

"It was very, very comforting to have that label," says Hassan. "To fit in this category rather than 'bad Muslim' or 'non-Muslim.'"

It took time for Hassan to be open about his identity onstage (he used to tell people his family was Indian instead of Pakistani). Later, he realized his stand-up was an opportunity to do some "good PR" for Muslims. But Hassan's priority is being funny.

"That has to be the focus. You know, I'm not trying to tour a TED Talk around Canada."

On top of hitting up The Carleton for Muslim, Interrupted, Hassan will also be making an appearance in Wolfville to showcase his cooking skills at Devour! The Food Film Fest.

Pardis Parker tells us a good one