An audit of the Otter Lake landfill 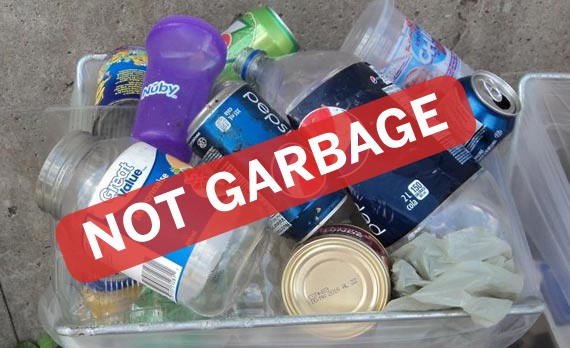 The Otter Lake landfill received about 58,000 tonnes of black-bag garbage last year, and, according to diversion planning coordinator Laurie Lewis, almost half of that could have been recycled.

Lewis, of Halifax Solid Waste Resources, says 47 percent of last year's garbage was stuff that didn't need to be there: "Any recyclable or compostable item dumped at the landfill is a waste of resources [and] materials that could be returned to the manufacturing process in the making of new products."

She says they see everything from leftover food and cardboard boxes, to glass jars and tin cans—but the number one throwaway being dumped at Otter Lake is plastic bottles. "All types are accepted in the blue bag program," says Lewis. "They do not have to contain a number code on the bottom to be recyclable. If it's a plastic container, it's acceptable in the blue bag."

According to Lewis, plastic bottles make up 19 percent of the un-recycled recyclables, along with tin cans and glass. Runner-up is leftover food, coming in at 15 percent. Lastly, Lewis says, 13 percent of the nearly 29,000 tonnes of recyclables found at Otter Lake last year was paper.

"Black bags prevent contents from being viewed before collection," she says. "Requiring garbage to be placed in clear bags allows haulers to see the contents of the bag and leave behind bags for proper sorting."

The Otter Lake facility opened in 1998, and for the past 17 years, it's been giving Halifax residents a home for their garbage. Just recently, however, council voted to spread the love (garbage) and ship our crap to outside the city. "Industrial, commercial, and institutional waste can be shipped to landfills outside of the municipality if it makes economic sense to do so," says Halifax spokesperson Brendan Elliott.

But instead of taking that direction, why don't we try to get our trash together and stop throwing everything in Otter Lake first? If you don't know what to throw out, study halifax.ca/recycle until you can rattle off recyclables by heart. a