An encore for Atlantic Fringe Festival 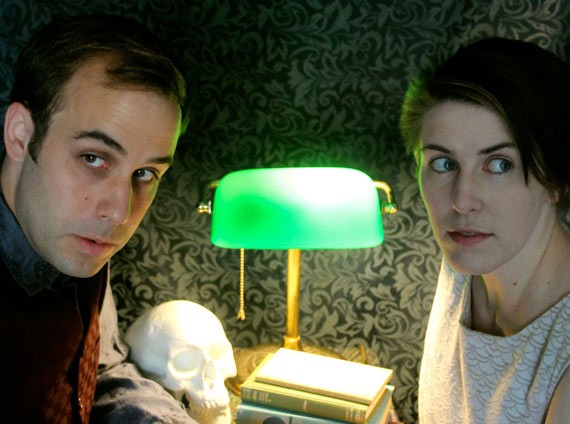 Dorian Lang
Dan Bray and Colleen MacIsaac in Follow Me.

The 25th Atlantic Fringe Festival back in September was a stellar affair, but if you missed it, don't despair. Re-Fringed, a mini-festival featuring some of the most popular shows from AFF 2015, is coming to the Bus Stop Theatre March 23 through 26.

The five shows which are being remounted represent a variety of theatrical styles. They feature dance (Toxicity), paranormal mystery (Follow Me), philosophical comedy (With the Help of Tony Robbins), multi-disciplinary storytelling that you might remember from The Coast's Fringe Festival cover (Once: Africville Stories) and a one-actor tragi-comedy (The Story of a Sinking Man). Several of the shows also won awards at the Fringe.

"We wanted to offer a mix of different genres," explains Michael Lake, one of the organizers of Re-Fringed. "And we also wanted to give audiences another opportunity to see some of the shows that were so popular that they sold out."

It's not only the audiences that will benefit from this encore opportunity, says Lake. "Remounting plays is important to their development. Re-Fringed is a chance for artists to revisit a work and enable it to evolve."

Just as importantly for audiences, this evolution means that anyone who already saw these shows at the Fringe will have reason to see them again.

Tickets are $10 per show, and a five-show pass is $35. "The Bus Stop and the Fringe partnered with us so we could make this affordable," says Lake. "And just like the Fringe, any profits go back into the pockets of the theatre artists themselves."

The organizers are hoping that seeing these shows will be an inspiration for others to make a submission to the next Atlantic Fringe Festival (September 1 to 11). There are also plans in the works to make Re-Fringed an annual event. As for this inaugural festival, the closing Saturday offers theatre gluttons all five shows back to back, the perfect chance for a Re-Fringed binge.