Animation with Love is Carbon Arc’s celebration of moving illustration. 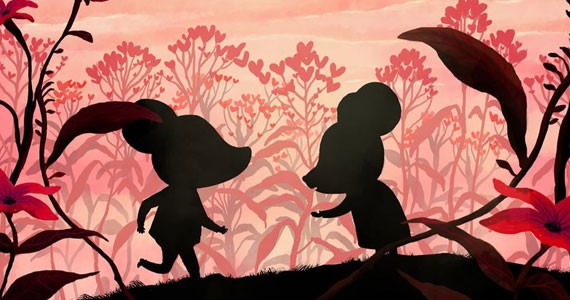 The Animation with Love Festival is expanding this year, showcasing three times as many animated films as previous years. Now in its sixth year, the weekend-long event brings together animators, artists and film-lovers at Carbon Arc Cinema, located inside the Museum of Natural History.

"We're trying to make the leap from a small festival to something bigger for the community," says Siloën Daley, the cinema's founder and director. This year, animators can check out panel discussions about the local scene and how the digital sphere is changing the craft. A ticket to any screening grants free admission to the festival's Saturday night social.

The lineup—cutting edge, quirky and tender—includes international films such as Miss Hokusai, a Japanese anime biopic about a famous painter, and Psychonauts: the Forgotten Children, a dark Spanish film about two teenagers fleeing ecological catastrophe. The festival wraps on Sunday afternoon with My Entire High School Sinking Into The Sea, an American full-length animation featuring Lena Dunham and Susan Sarandon.

"Animation is so freeing and I don't have to follow any structure," says Dartmouth filmmaker Jenna Marks. Her 90-second animation A Horse Throat is one of of 14 Canadian short films playing on Saturday evening. She created it alongside animator David Barlow-Krelina during a 48-hour contest at Stuttgart International Festival of Animated Film, taking top prize. The film is about a small horse experiencing a cough attack in a cafe, much to the irritation of other patrons.

That freedom is also Daley's favourite element of animation, and an inspiration for the growing festival. "It's a great medium for expressing things that might be difficult to say," she says. When characters don't resemble humans, Daley says, it allows people to take in their true characters, without relating or attaching assumptions. "You can let your imagination go wild," she says. "And I love that."