Open Door opens itself up to criticism from local justice advocate. 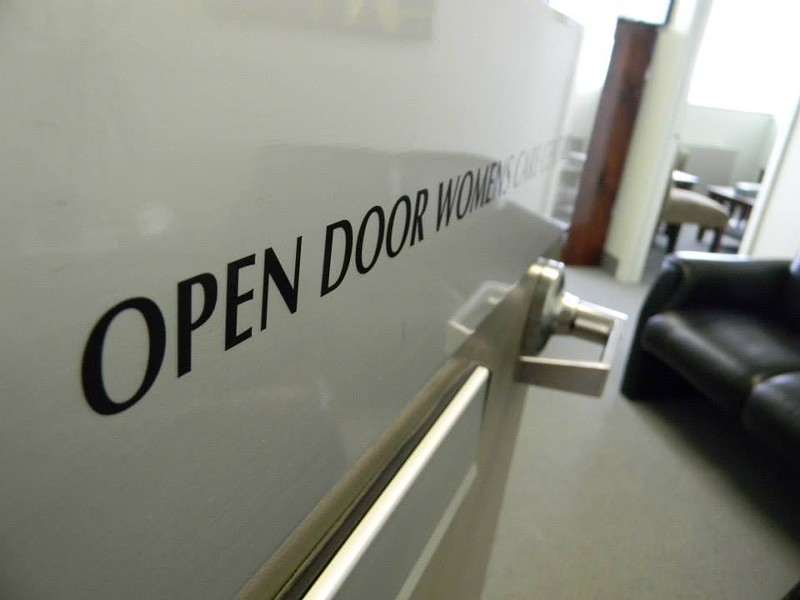 Open Door Women’s Care Centre on Spring Garden Road is once again under scrutiny—this time from an advocate for victims of human trafficking.

When The Coast first reported on Open Door back in 2014, it was because the self-identified “faith-based” organization had taken out a series of bus ads that veiled the centre’s anti-abortion policy behind the promise of accurate and informed counselling on pregnancy options.

This time, the centre’s unclear policies are stirring up concerns for Holly Mountain, who volunteers her time offering emotional and social support for local survivors of human trafficking.

Mountain says she’s familiar with Open Door from her work. The organization has been sending its outreach workers to court, looking to refer the young women involved in those traumatizing cases towards the centre’s counselling services.

But it wasn’t until earlier this month that Mountain visited Open Door for the first time herself, looking to help a friend’s daughter.

The young woman originally visited the centre years ago while she was a minor for post-abortion counselling. Due to her age at the time, The Coast is choosing not to name her in this story.

During her visit to Open Door, the girl was allegedly handed an iPad and photos of what stage her fetus would have been in at the time of her abortion. Finding little help, the young woman left the centre. She only returned this September with her mother (Mountain’s friend) to request a copy of her medical file.

Instead, she was told that her information was stored in a secure offsite location to which only Open Door’s CEO Heather Harman had access. The file wouldn’t be able to be retrieved for a few days.

That story didn’t sit right with Mountain, who went back with the young woman to try again the next day. Once again Open Door demurred. Mountain, fed up, says she demanded the file be ready that afternoon by . When the girl and her mother came back a second time, it was promptly handed over without question.

Even though the day was technically a success, Mountain says the whole situation has left her feeling uneasy.

“I noticed as they led us back that there are no certificates on the wall, at all and no degrees,” she says. “Now I think this is kind of strange because they’re offering trauma counselling, and birthing choices and helping girls that are trafficked...but you’re not certified. You’re not licensed.”

She’s right. Open Door’s website offers only vague descriptions of its support services, but the client information form does state that “the counselling offered at ODC is not intended as a substitute for professional counselling.” The staff are instead volunteers trained in peer-to-peer counselling through four-hour sessions offered by the centre.

It’s not clear what’s included in these training sessions. The Coast reached out to Open Door to ask about file policy and volunteer training, however, the organization declined to offer any comment.

On its website, Open Door says it’s learned from “interactions with different professionals” that Nova Scotia is a “recruitment hub” for trafficking.

“Open Door Centre is dedicated to eliminating sex trafficking by empowering individuals and communities with protection and prevention knowledge and skills,” reads the website. “We hold awareness sessions in schools, churches and other places within communities. Let us know if you would want us to come and talk about sex trafficking in your community.”


Anti-abortion centres operating under the guise of pregnancy or trauma counselling have been in the news lately after Acadia University kicked Acadia Pregnancy Support out of its student union building for offering similar “guidance” to what Open Door preaches from its Spring Garden Road offices.

The Canadian Association for Pregnancy Support Services (CAPSS), which unites many pregnancy centres across the country, requires members to sign core documents outlining statements of faith, policy for file-keeping and volunteer training, as well as a code of ethics and principles.

Open Door, however, does not list itself as affiliated with CAPSS, and in turn, the CAPSS website only lists one Nova Scotian centre in its database, located in Yarmouth. It’s unclear whether Open Door is required to operate under the same policies.

In any case, Mountain is afraid that victims who visit the centre risk experiencing more harm than help. The lack of clearly outlined policy for the centre’s operations or accountability to clients does not put her at ease.

“You can’t re-traumatize girls, and if you don’t have the education and the certificates, you’re not holding enough security,” she says. “I think anybody who’s trying to help, any organization, is doing great. But what I don’t like to hear is that you have no certification.”

If you have any experience with the services offered by Open Door, contact news@thecoast.ca