We wouldn’t know, because they’re not keeping track.

More than two years after a landmark report analyzed data to prove that Halifax’s police services discriminated against Black people when performing street checks, no one can prove that discrimination has ended in other police stops.

In his report that analyzed 142,456 street checks that occurred in Halifax between 2006 and 2017, University of Toronto professor of criminology Scot Wortley found that Black people were stopped by police at a rate six times higher than their proportion of the population should have been stopped at, if white and Black Haligonians were treated equally. 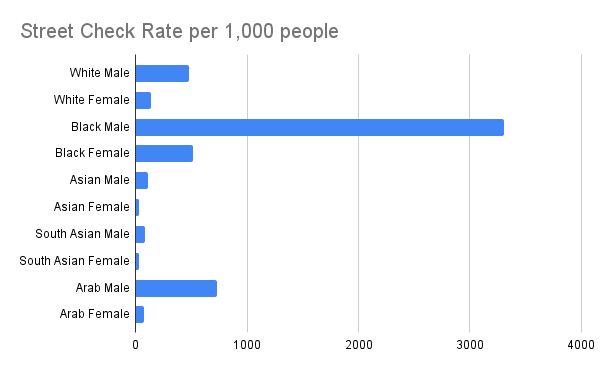 Three key recommendations in that report addressed the importance of continuing to collect race-based policing data in order to track any improvement—or a lack of it.

Recommendations 1.7, 3.1 and 3.2 detail the need for police to be “mandated to collect and disseminate information on the personal characteristics—including racial background—of all civilians subject to police stops and other investigative detentions;” for a research committee to be formed to explore the feasibility of gathering data on police stops in addition to info on street checks; and for Halifax-region police services to “establish a permanent data collection system to record information on all stops of civilians” including traffic stops and pedestrian stops.

In the 26 months since the report was published, and a year since Wortley made those remarks, there is still very little information available for the public about the progress of these recommendations, and so far, there is still no system for uniform race-based data collection.

Without the data, there’s no mechanism for the public to either have or not have confidence that the police are getting any better.

Related Street checks still dominate Board of Police Commissioners meetings: A petition for a ban, a legal opinion and record keeping were on the agenda at this week's meeting.

Street checks still dominate Board of Police Commissioners meetings
A petition for a ban, a legal opinion and record keeping were on the agenda at this week's meeting.
By Caora McKenna
City

Aware of Wortley’s recommendation for the police to collect race-based data of police stops and investigations, The Coast filed a freedom of information request in April, asking Halifax Regional Police for that information for incidents that occurred under the Nova Scotia Health Protection and Emergency Management Acts between March 20, 2020 and March 20, 2021.

The response provided the number of calls made under the acts, but The Coast was told “the ethnicity of individuals is not available.”

“At this time, ethnicity information within Police reports is not uniformly collected due to current technological limitations, a lack of uniform race-based data collection standards, and guidance for officers provincially and nationally.”

Denying the request for an interview with chief Dan Kinsella about this, HRP’s spokesperson provided a statement, saying that a committee has been established by the department of justice—presumably the committee recommended by Wortley—and is “actively working on this issue now.”

The spokesperson added that there was work at the provincial and national level to “come up with consistent standards on race based data collection.” And that HRP is waiting for those frameworks before making changes to its own systems of data collection.

When The Coast requested an interview with provincial justice minister Randy Delorey about this issue, we were given the same lacklustre response the media has been given since the report came out.

“We have been actively engaged with police, community and other stakeholders. This work, along with the Department’s other work to advance social justice and equity for those interacting with the justice system, is ongoing,” attributed to Heather Fairbain on behalf of the department. Followup questions were left unanswered.

There’s a poorly formatted PDF tracking the slow progress of the Street Check Report recommendations. Of the 29 on the list, only three are fully completed. Just over half are either pending, ongoing or completed by RCMP but not HRP. The remaining 12 have no status at all—the three about race-based data collection among them.

When Halifax Regional Police came to regional council last month asking for more money to fund necessary programs it couldn’t find in its $88 million budget—the largest of all HRM’s business units—it did not mention needing extra funds for this work. Perhaps it’s getting a head start on reallocating resources within. Or perhaps, it’s just not a priority. Who would rush to collect data if they weren’t confident it would tell a good story?