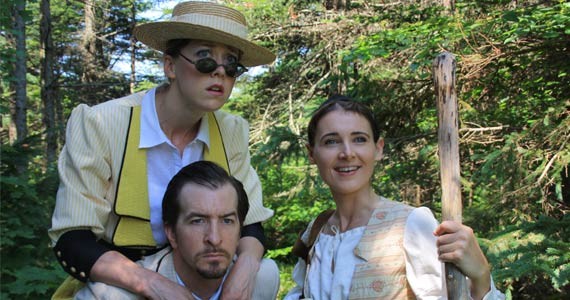 The wooded setting at the Ross Creek Centre is a perfect stage for As You Like It, a play about banished lovers who find themselves (and eventually each other) in the Forest of Arden. Michael McPhee's portrayal of the chivalrous and romantic Orlando is a revelation. He exudes charm and makes Shakespeare's words accessible and almost modern. (In fact, the entire cast speaks "Shakespeare" as if it were their mother tongue, rendering the play's twisty banter delightfully easy to grasp.) Alexis Milligan brings an irresistible joie de vivre to the character of Rosalind, and is amazingly believable when she takes on the disguise of a young male. As you'd expect, this comedy is rife with humour, but the real surprise is how touching it is. As You Like It may be Two Planks and a Passion's first foray into the Bard's work, but here's hoping it won't be the last.