At Home with Botfly 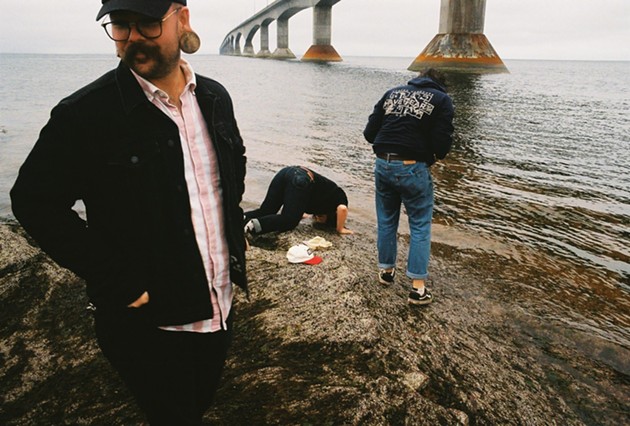 With its latest EP, At Home with Alex, Botfly has stripped its sound bare—releasing something vulnerable, beautiful and surreal in the process.

Five of the group’s songs have been reworked into minimal arrangements of guitar and vocals. These recordings are raw. They allow the listener to process the emotional intensity of Botfly’s music in a way that transcends distortion.

For Keegan Goodspeed, vocalist and guitarist in Botfly, this is a project that he has wanted to do for some time—and with physical distancing came the perfect opportunity.

“It took me a year to convince myself that I was ready to attack this,” says Goodspeed. “These songs have weight, and there is a difference  between playing them as the band would, where I’m comfortable and used to that, and then having to dissect the feelings and emotions that have gone into the music.”

At Home with Alex stands out in Botfly’s catalogue, contrasting the massive sound the group has become known for. More importantly, this EP shows that its songs are strong enough that, even at their bare bones, they stay upright.

“It’s trying to write songs that can be played in more than one way, to prove that our songs are not just big riffs and loud amps. There’s no gimmick there," Goodspeed says. "I think I did one take for everything. It was very much let’s capture what this is in this moment and see where that goes.”

While Goodspeed tackled this project head on, he was not alone in doing so: His bandmates Dwayne Shanks and Sean McInnis were as involved as possible from a distance.

“ It was very comfortable for me to do this, send it to Sean and Dwayne, get their opinion on it and still be so together about it. We’re trying to do what we can to be a band in a time where the band can’t be together,” Goodspeed adds.

The EP takes its name from Goodspeed’s roommate Alex Babineau, who helped him record the album from their home. “[Alex] has been such a dear friend, and close to the band for so long. We were just both around, so we had the time together to just sit and do it.”

With this release, Botfly has shown that it has nothing left to prove. Behind its menacing riffs and intense live performances is a group that can be as vulnerable as any singer-songwriter.