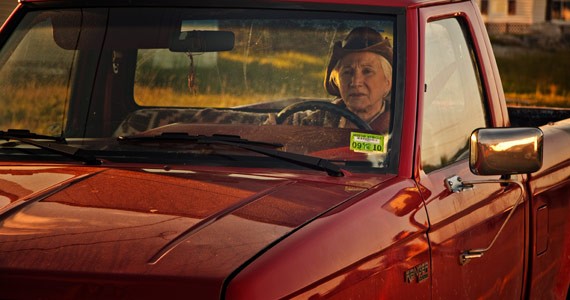 Roller Town, Cloudburst, Charlie Zone and Afghan Luke are among the Nova Scotia pictures showing at this year's Atlantic Film Festival, running from September 15 to 24.

Picnicface fans will be cartwheeling with joy at this announcement. The comedy troupe's Roller Town, a broad satire on disco-era roller-boogie movies, will open the fest in its world premiere on Thursday, September 15, at The Oxford and Park Lane. The AFF's legendary opening night party is to follow, this year taking place at the Olympic Centre at Hunter and Cunard. It's where all the roller-disco scenes were shot for Roller Town, so expect the hosts to decorate the hall in '70s-era glitz.

The Atlantic Gala will be Thom Fitzgerald's Cloudburst. Already familiar to theatre-goers who caught the story as a play at Fitzgerald's Plutonium Playhouse last April, the movie stars Olympia Dukakis and Brenda Fricker as a couple on a road trip.

The AFF is stressing its multi-platform approach---"accessibility is top of mind," explained executive director Gregor Ash, at the press conference Tuesday---so they've got an iPhone app, Twitter feed, Facebook page and new website. When suggested to him that his new movie has a similar versatility, from stage to screen, Fitzgerald called it "old-school multi-platform." He also indicated some of his cast may appear for the festival. "I'm sure we'll have a special guest."

Other galas and special presentations include Michael Melski's gritty Halifax-based crime drama Charlie Zone and Mike Clattenburg's Afghan Luke, a dramedy starring Nick Stahl about a Canadian journalist in Afghanistan. It will close the festival on September 24.

And although not strictly a Maritime film, portions were shot in Cape Breton, so we'll give it some love: Take This Waltz is Sarah Polley's first feature since her spectacular debut, Away From Her, which she brought to the festival in 2006. It was written by Polley and stars Michelle Williams, Sarah Silverman and Seth Rogen.

Nova Scotia filmmakers who scored the Atlantic Shorts Gala include multi-threat creative force Cory Bowles, whose Heart of Rhyme will be screened, along with The Myth of Robo Wonder Kid by Joel MacKenzie, Victim by Matt MacIsaac, Goodbye Robot Army by Greg Jackson, The Astronoobs by Zane Knisley and Katrina's New Beau by Michael Ray Fox, along with work by Newfoundland directors Christian Sparks and Jordan Canning, and a film by PEI's Harmony Wagner. There are five programs of Atlantic Shorts, as well as five programs of Canadian and international shorts, so there'll be plenty of options for those who prefer brevity and concision in their filmgoing experience.

Other big names on the international film scene with new work at the festival include Pedro Almodovar, whose first film in years with Antonio Banderas, The Skin I Live In, will screen, and cult filmmaker Whit Stillman will have his first film since 1998's Last Days of Disco, Damsels in Distress, at the fest. The new feature from Miranda July, The Future, is in, as is Pina, Wim Wenders' dance film (in 3D) inspired by choreographer Pina Bausch. Key documentaries include Project Nim from Oscar-winner James Marsh (Man on Wire) and Senna, about the Brazilian Formula One racing driver.