One review, but it's a good one 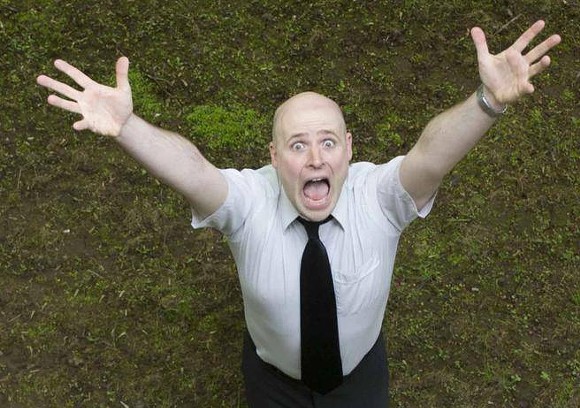 Sink your teeth into the Fringe

The reviews may be slowing down, but the Atlantic Fringe isn't. There are a full four days of fabulous shows left.


The Story of a Sinking Man

The charismatic Nash plays out his situation better than most would. The hand of time beats mercilessly upon Nash, but he maintains composure and optimism, obstinate that thoughts of levity will grant enlightenment. He refers to his plight in the future tense, making his tale sound like a survivor-story from Reader’s Digest. But for a show most limited in space, it tackles life’s most infamous questions- How did my life get to this point? What would I do if I just had more time?

Andrew Chandler portrays Nash with the humour and dignity his character warrants; but it’s his delicate sadness, the clear-insight into Nash’s dilemma, that gives Sinking Man its soul. Positivity erodes into cynicism, desperation, and hysteria. Nash’s Gollum-esque mental manifestation, Gustav, is a thing of beauty. Throughout the show, Chandler cycles through emotions with captivating effortlessness, absorbing your attention.

In a play that deals with the increasing loss of your emotional and physical self, conviction is paramount. When he’s buried up to his neck, Chandler’s eyes plead. Whether Sinking Man is a real construct or some grim metaphor, the tears and struggle are real. Guided by the steady hand of director Dorian Lang, Sinking Man is a Fringe classic. It’s Andrew Chandler at his best. Nash muses about fatalism, whether his life-story is wasted or one worth telling. It’s a vehement cry towards the latter.