Atlantic School of Theology: There is no Such Thing as “Just a Minister”

How Kim Curlett became a voice for justice and change 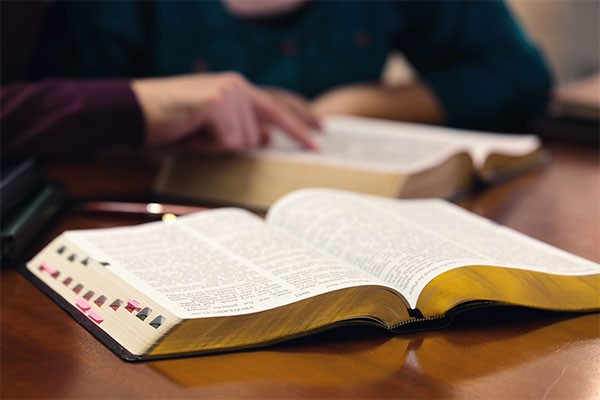 There's a simple answer for why Kim Curlett entered the Master of Divinity program: God.

After discerning a call to become an ordained minister in the church, the divinity program was the clear next step for Curlett. As an active member of the United Church of Canada, she knew most of the people in ministry would have trained at the Atlantic School of Theology.

"I was excited by the idea of an ecumenical learning environment, and it also helped that Pine Hill Divinity Hall takes care of tuition for active candidates for ministry in the United Church," says Curlett.

When entering into her studies at AST, Curlett made a commitment to be a "yes" as long as that didn't mean being a "no" to her two preteen daughters. As a single mother, she needed to maintain that work-life balance.

"Finding time to work, study and be a good mom was a constant juggle. Thankfully, for the most part, my course work was rewarding and interesting," she says. What she focused on in her area of study at a master's level at AST was her choice, even within specific classes.

Curlett's program took her three years, with five classes per semester. Many of her classmates were from other programs and denominations, but there were a number of classes required specifically by the United Church. She also took Roman Catholic and Anglican-specific classes.

But back when she made that commitment to saying "yes" in her education, she opened doors she wasn't expecting.

"I didn't know that God was going to use me to be the kind of voice that I am becoming. A voice for change and justice in the world. I thought I was just being called to be a minister in a church, I now know there is no such thing as 'just a minister,'" says Curlett.

This program required that Curlett let go of all of her ideas about how life is supposed to go, and how she saw herself in ministry. She had to remain open to how she would be shaped by the Holy Spirit in her studies.

"Each thing we learn changes us, and you must be open to surprises along the way. If you aren't, I promise you are going to miss an opportunity that you never expected," she says.

Curlett is just at the beginning of her career in ministry, and she says she would not be able to be ordained without this program. Not only on paper, but it prepared her to be a leader in a church, as one responsible for the pastoral care of the community. As the motto of current AST president Rev. Neale Bennet goes, it has shaped her into "a faithful and effective leader" in the larger community.

"I stand with confidence as a graduate of AST," Curlett says, "as someone who can be called on to help with spiritual matters in the community, or to speak on issues of spirituality with the wider audience than simply those who show up to church on a Sunday morning."