Award-winning journalist Patricia Evangelista on trauma, ethics and the power of journalism.

Talking about her work for news website Rappler and why she doesn’t make promises she can’t be sure she can keep. 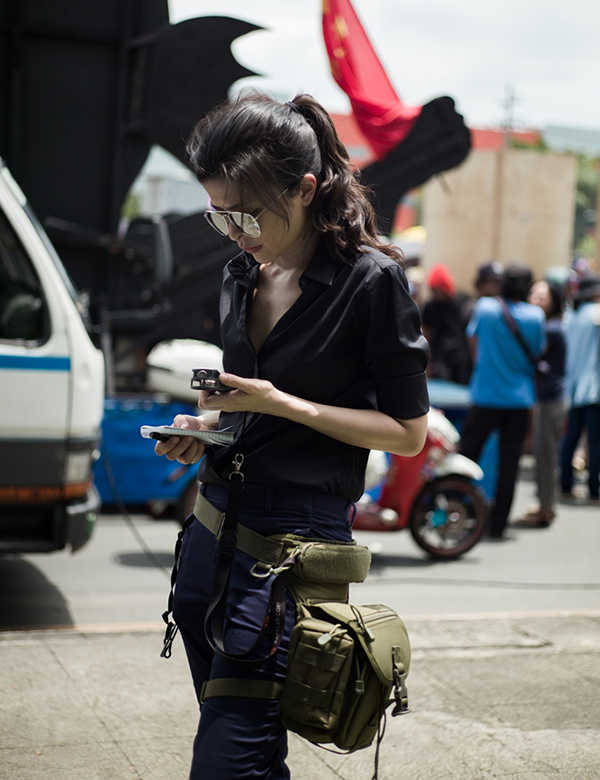 Patricia Evangelista provides a platform for the stories and voices that aren't typically heard in the media.

The Manila-based multimedia journalist for the online news publication Rappler, has worked in journalism for over a decade. She is most well known for her coverage of armed conflict, human trafficking, abortion access, the aftermath of the super typhoon Haiyan and the drug war in the Philippines. She has also won numerous awards for exceptional journalism in dangerous conditions and more recently won the Hildegarde broadcast journalism award recognizing women in media who paved the way in improving the welfare of youth.

"I cover stories like this because I feel it's important," says Evangelista. "These are people who it is a privilege to hear from and I think my job is to tell their stories the best way possible."

Evangelista will be in Halifax on Friday November 22, talking about her work bringing light to difficult and unpopular stories in the West Pacific nation of over 7,000 islands and 104 million people.

Evangelista first delved into journalism when she investigated a series of incidents of young people disappearing from a university in the Philippines. This curiosity transformed into a five-year story and kick-started her career. Since then, she has produced documentaries and long-form multimedia pieces that have brought her international acclaim and recognition.

Her coverage of the 2009 Maguindanao massacre, where at least 34 journalists were killed in the single deadliest event for journalists in history, was Evangelista's first experience with trauma journalism. Almost 10 years later, Evangelista emphasizes her growth concerning the coverage of trauma and its victims.

Despite the perilous nature of her work, Evangelista's primary fear is not for her life. Instead, she focuses on the safety of her subjects and doing their stories justice.

"I'm afraid of getting it wrong, I'm afraid of trusting the wrong person, and I'm afraid of putting someone at risk by telling or publishing a story," says Evangelista. "Sometimes you really don't know the full impact of a story until that story is out. And there is nothing I can do to assuage the terror and the trauma and the aftermath that they must go through. Even if there is no direct threat to them the fact that they feel the threat is a horrible thing to live with."

"Murder in Manila," one of Evangelista's more recent endeavours, was a six-month investigative series into president Rodrigo Duterte's anti-illegal drugs campaign, told from the perspective of the killers.

The publication Evangelista works for, news website Rappler saw its CEO Maria Ressa—a former CNN bureau chief—arrested this year on cyber libel security charges for a 2012 story about a Supreme Court Justice and wealthy businessmen. Since 2018 a harassment campaign was launched online against Ressa by pro-Duterte troll armies. Reporters without borders press freedom index ranks the Philippines 134 out of 180 countries. Canada is ranked 18th.

Evangelista's talk this Friday is part of a cross-Canada series "Reporting the voiceless: Stories from the margins." Evangelista will discuss her experiences covering trauma, disaster, conflict, as well as the current drug war and best practices for journalists who want to tell compelling stories but be ethical about trauma coverage.

"People who are in the aftermath of trauma don't have much control over their environment," says Evangelista. "If we cannot get informed consent then we have no right to violate anyone's privacy. The rule is to do no harm."

Many people that Evangelista interviews believe that the media is there to rescue them or to help them and she emphasizes the importance of not making those promises. One of the main points that she will be highlighting is the importance of being aware of the harm that a story can cause and working to counteract that damage.

"One thing I've learned is to make no promises that I can't deliver. All I can promise is that I'll do my best to tell the story the way the way it deserves to be told but in the aftermath of trauma," says Evangelista. "People are willing to believe many things like that the media is there to rescue them or to help them or be there for them. I can't promise justice or assistance, but I can tell the story."