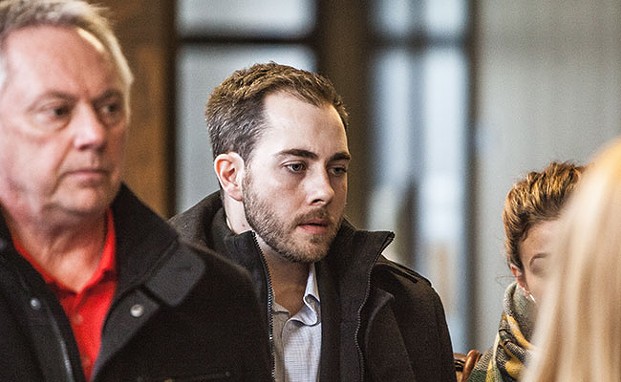 As soon as she became aware of the Christopher Garnier trial, Laura says a familiar feeling began to sink in.

A Dartmouth member of the BDSM-embracing Society of Bastet, Laura (not her real name) says the narrative playing out over the last few weeks in a Halifax courtroom will only serve to bolster the defences used to protect abusive men.

Garnier is accused of murdering Catherine Campbell, an off-duty Truro police officer. So far the jury has heard testimony that the two met at the Alehouse bar downtown on September 11, 2015, and later went to an apartment on McCully Street. Campbell’s remains were found a few days later below the Halifax-end of the Macdonald Bridge. The Crown alleges Garnier put Campbell’s body into a green compost and rolled it down North Street before disposing of her remains.

During attorney Joel Pink’s cross-examination of Bowes, the lawyer presented an elaborate hypothetical scenario to the court involving a man and woman who met at the Alehouse and engaged in rough sex later in the evening. Pink said the hypothetical woman hypothetically told the man she had a fantasy about being choked and asked him to oblige. She also (hypothetically) asked him to slap her, which caused her to start bleeding. The hypothetical man left to get a towel, and when he returned the woman wasn’t moving.

Anyone with basic first aid knows there are physical signs that emerge when someone is in danger, says Laura. If something does go wrong, the first action should be to offer medical assistance.

The trial of Christopher Garnier continues for the next two weeks, with a verdict expected before Christmas.