Beasts of the Southern Wild

A dream world with social, political and economic meaning 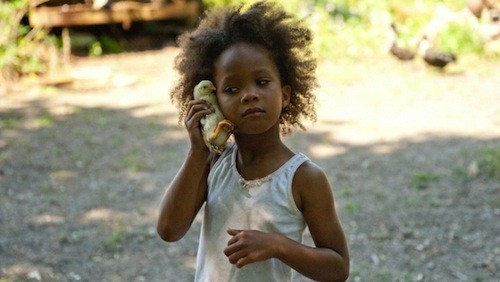 Director Benh Zeitlin’s first feature, an adaptation of Lucy Alibar’s one act play, Juicy and Delicious, turns fantasy into reality. We see the world through six-year-old Hushpuppy’s (the captivating Quvenzhané Wallis) eyes, a tenacious girl who lives in the “Bathtub,” an area below a levee in the southern Delta, with her dying father, Wink (Dwight Henry). While the polar ice caps collapse, and pre-historic aurochs (wild boar-esque creatures) emerge from frozen slumber, Hushpuppy learns to fend for herself. The Bathtub community, seemingly poor (possessions aren’t new, but recycled and repurposed), is extremely rich in its sense of self, of pride and of devotion to where they live—a stark contrast to what’s on the other side of the levee. Zeitlin’s visually stunning and moving depiction of a child’s dream world is steeped in social, political and economic meaning.

Beasts of the Southern Wild