Beauty Slammers: Ladies of Wrestling calls all the singlet ladies

Beauty Slammers: Ladies of Wrestling tour does a flying clothesline right through Halifax, bringing athleticism and art with a feminine focus. 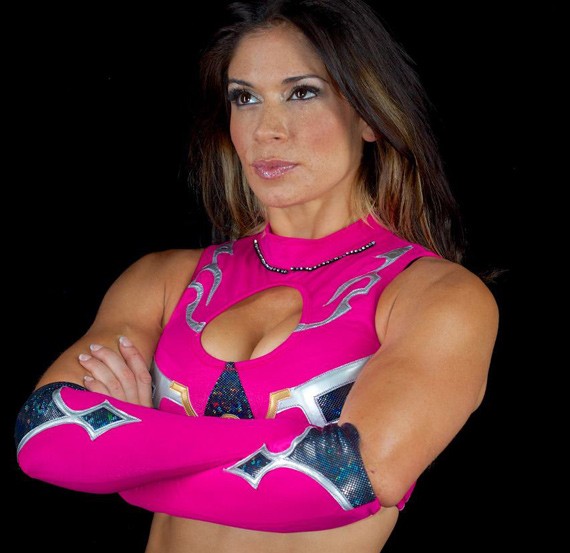 In 1985, hundreds of Hollywood actresses answered a casting call for a new TV entertainment program. Hoping for a big break, these beautiful women soon realized they were auditioning for an all-female wrestling show meant to rival the popularity of the then-WWF. Soon, Gorgeous Ladies of Wrestling–a glitzy mix of sketch comedy, campy musicals and hard-hitting ring matches–would create cult wrestling icons.

On Wednesday, Halifax will be blessed with the Beauty Slammers: Ladies of Wrestling tour, hosted by original G.L.O.W. wrestler (and my personal favourite) Hollywood (AKA Jeanne Basone). The women-only event features the world's top female wrestlers, Bambi Hall and Serena Deeb. It's a first for Halifax.

Devin Chittick, owner of MainStream Wrestling Entertainment and a promoter since 1979, organized the Beauty Slammers tour after watching a 2011 documentary exposé about G.L.O.W.

He says once he made a few calls, all the details fell into place for 15 shows between Nova Scotia and New Brunswick. Audiences can expect feuds between good girls and bad girls. "There will also be a couple of surprises you'll see at the show," Chittick offers. "It's going to be packed and wild and crazy and quite an interesting event." Plus, Chittick stresses that the Beauty Slammers tour is a showcase of seasoned pros: "They're the best talent on the planet."

And this includes Hollywood. One half of the tag-team Hollywood and Vine, Basone went to the G.L.O.W. audition with stardom in mind, much like most of the G.L.O.W. ladies.

"But it was actually opposite for me," she says. "I had the athletic skills first, and the ability to just go for it. Then playing a heel and a babyface really opened up my entrance into an acting and stunt career." Since G.L.O.W., Basone's found success as a model, stuntwoman and actor, from Saved By The Bell to JAG. But she recognizes G.L.O.W.'s influence on the sport.

"I think G.L.O.W. was popular because, at the time, there was nothing else to compare it to," she says. "The girls came in all different sizes and shapes. We had great costumes and fun sketches. And being on a syndicated TV show really paved the way for women wrestlers today."

She also believes there is something special and unique about women-only rosters, given how male-dominated the sport is presented in popular culture. Women wrestlers are still novel.

"But I think the women are more exciting because they are women," she says. "They're attractive, pretty and smart with great physical talent. I believe you can do anything you want if you put your mind to it, and that, my friend, is how I became the wrestler known as Hollywood."

On Saturday, Hollywood, Serena and the amazing Sarita will appear for photos and autographs at Dungeon Sportswear in Dartmouth to kick off the tour. Chittick says that, in all his promotion years, he's never received as much excited, positive feedback as he has about Beauty Slammers.

"Wrestling is one of the craziest businesses to be involved in," says Chittick. "But if you're really passionate about it and you wake up and go to sleep with wrestling on your mind, then keep the fire burning." Bask in the light of the lady wrestle.