Become a master of arts this fall

A primer on all the festivals, exhibitions and amazing events coming to Halifax this season. 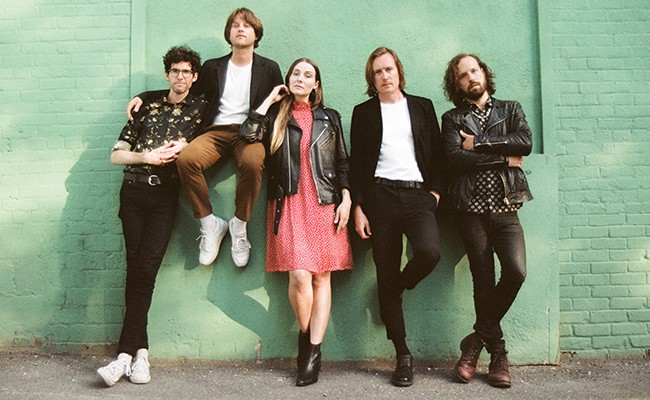 Fall in Halifax is something special, as festivals and art organizations brace for the colder days a-' with a packed calendar of events that'll challenge, educate and entertain you. Here are a few that are a great intro to the local arts scene. Keep an eye out for more in our Fall Arts issue September 14.

Halifax Fringe Festival
The 27th annual showcase of weird and wonderful theatre—formerly the Atlantic Fringe Festival—takes over the city for more than 50 performances of all makes, manners and artistic approaches.
August 31-September 10, various venues, tickethalifax.com

Atlantic Flamenco Festival
Halifax's flamenco queen, Maria Osende, returns with her annual spicy celebration of the classic Spanish dance form. Learn how to shake it yourself at a series of workshops, or see local and international flamenco stars at a handful of special shows.
September 6-10, various venues, flamencofestival.ca

Burnwater: Alchemy
Mocean Dance invites you to an intimate, 30-seat redux of its 2016 production Burnwater: Alchemy. A performance installation that melds percussion, dance, poetry and the iron sound-sculptures of blacksmith John Little, this piece creates a rich world for you to get lost in.
September 13-17, Alderney Landing Theatre, moceandance.com

Prismatic Arts Festival
The multi-venue, multidisciplinary fest celebrating Indigenous and culturally diverse artists returns. While the lineup looks stacked, shows that blend classical and Indigenous music, as well as an Odyssey- story about refugees on the open sea, have us saving for tix.
September 14-23, various venues, prismaticfestival.com

Word on The Street
Get lit(-) at this annual celebration of the written word. From writing workshops to author talks, the Central Library promises to be buzzing all day with - and magazine-fuelled fun.
September 16, Halifax Central Library, thewordonthestreet.ca/

Nocturne: Art at Night
The wildly wonderful night that turns Halifax's streets into art gallery halls turns 10 this year. While we can't wait to see what art's big night out has in store, we're filling the time envisioning riffs on this year's theme: Vanish.
October 14, various locations, nocturnehalifax.ca

Halifax Pop Explosion
A great introduction to what's hot in the indie scene, regularly bringing bands to town that your hipster roommate loves (think Yukon Blonde and The Rural Alberta Advantage). With dozens of music and comedy shows stretched across a swath of venues, the Pop Explosion is also a great primer on plum places for local live music.
October 18-21, various venues, halifaxpopexplosion.com

PHOTOPOLIS
Every three years, the city's sharpest shutterbugs gather to celebrate all things camera and celluloid. While events and exhibitions are still in the planning phases as of press time, fine art majors will wanna write down these dates for the chance to get major doses of inspiration.
October 1-31, various venues, photopolis.ca

2017 Atlantic Jewish Film Festival
This celebration of Jewish flicks from around the globe returns with plenty of offerings.
October 19-22, various locations, theajc.ns.ca

An evening with Scaachi Koul
The Coast's love for the witty and observant Scaachi Koul (Buzzfeed writer, Canadian Twitter celeb and author of One Day We'll All Be Dead and None of This Will Matter) runs deep, so naturally we're PUMPED to be bringing her to Haliwood to discuss her debut collection of alternately biting, hilarious and touching essays. Bookworms, get your tickets now—or cry forever when they sell out.
October 29, Halifax Central Library, tickethalifax.com

Lullaby: Inside The Halifax Explosion
A dramatic, educational and emotive experience that explores little-told stories of the events of December 6, 1917, exactly 100 years after two ships collided in Halifax's harbour, causing a devastating explosion.
November 22-December 10, Maritime Museum of the Atlantic, tickethalifax.com