Bedford Highway getting a beer garden this month

Tucked away under the rail bridge, the former Chinatown restaurant location on the Bedford Highway is a prime space that has somehow sat empty for more than three years.

But later this month, a new beer garden called Birch & Anchor will open its doors to the public for the first time, taking over the 15,000 square foot waterfront space.

“We kind of brought it back to life, we brightened it up, we kind of put our own touch on things. It’s amazing what you can do with a little landscaping,” says owner of the new spot Mike Yould, who also runs catering business Asado Wood Fired Grill.

The beer garden will be their first brick-and-mortar restaurant, and Yould has spent the past several weeks documenting the revival of the space over on the beer garden’s Instagram page.

“There’ll be lots of room for lawn games, we’re putting a fire pit in, there’s going to be Adirondack chairs, the nice cute little double Adirondack chairs with the table in the middle for date night,” Yould tells The Coast.

The spacious outdoor venue isn’t something you’d typically find so close to heart of the city, but Yould wanted to create a hidden oasis that still provides easy access to hotels and downtown amenities.

“Here’s a beautiful waterfront location, it’s secluded, you can’t get any better. We have water access…it’s outdoors, we cook everything in front of you,” he says.

Chef Trevor Penney will be leading up the food side of things, and Yould has imported both a pizza oven and a Santa Maria grill for rotisserie-style cooking. 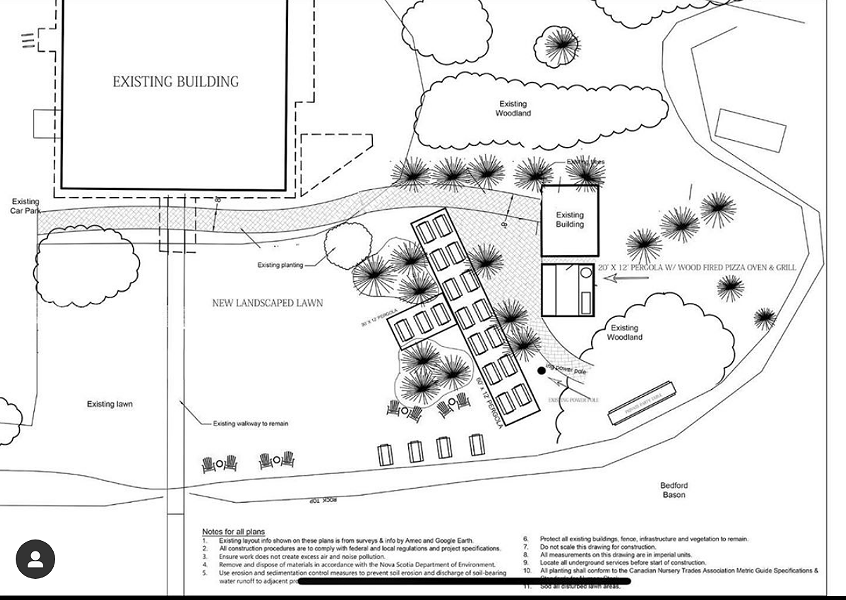 The drinks will flow at both the indoor main restaurant and a second concession stand in the yard that will feature 12 beer taps and a handful of other options.

Although large events are cancelled this summer, Yould envisions the event as a wedding space (2021 is already almost fully booked) and is installing a dock to attract the watercraft that travel through the harbour.

“We’re putting in quite a large dock and we plan to have that available to people so they can kind of raft up if they have to or just pull in, come in for a bite to eat, or even just get some takeout on the way out of the harbour for the day,” he says.

Before the pandemic hit, Yould’s opening date was set for June 1. All things considered, he’s not too far behind and plans to open later this month.

“I come down here every day, we’re trying to get the last little final touches here,” he says. “We’re trying to open in about two to three weeks.”

With such a large space to work with, Birch & Anchor isn’t too worried about social distancing and re-opening regulations.

“Our half capacity is still going to be 100 or more. We have plenty of space to separate tables, and I think people will be really comfortable here,” says Yould.

They will have hand sanitizer and space tables two meters apart, but Yould says he hopes to be able to provide a space for people to let their hair down and relax, even as COVID restrictions remain in place.

“I think it’s going to be a really comfortable space for people to come and just hang out,” he says. “We’ve already had such a fantastic reception from the online crowd and everyone in the area, so we’re pretty pumped.”