Being Black and a tourist in Halifax

Two weeks in a different city can change your perception of people, places and yourself. 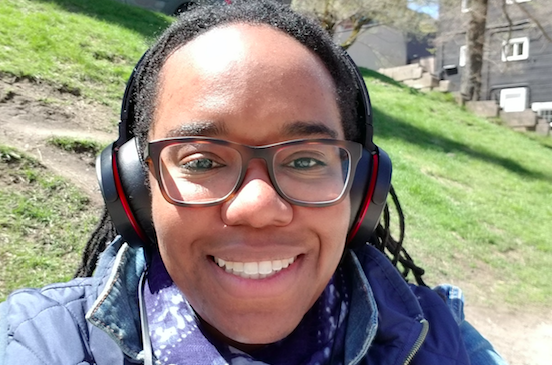 I live in Toronto. In May, I spent two weeks in Halifax visiting a friend who lives in the city.

I went to the Central Library, the Art Gallery of Nova Scotia, the Maritime Museum of the Atlantic, Pier 21, the Halifax Seaport Farmers’ Market, Peggys Cove, the Nova Scotia Museum of Natural History and the Halifax Citadel. I bought 20 vinyl records—I don’t know how they fit in my luggage—at a record fair at the Halifax Forum, and I also gave a lecture plus a workshop at a high school in Bedford where my friend works.

At night, we went to the Seahorse Tavern on Gottingen Street where I saw Weaves with Chudi Harris and Like a Motorcycle, and a week later the eight-piece R&B funk band The Mellotones at the Marquee Ballroom.

Overall, a great time was had. But as a Black woman, I was astutely aware that I was in a place with a different racial history.

In Toronto, being “Black” means you or your family likely come from a different place, in my case Jamaica. To be Black in Halifax, however, felt different. It’s a rootedness in one place across time that I have never  known.

For two weeks, I experienced this sense of belonging and being out of place. This duality was underscored on my first day.

As I waited for the bus—I always take public transit when I travel—a Black woman stopped me on the street to ask who does my hair.

For five minutes we talked about dreadlocks, a style I have worn for 10 years, and she told me that she used to have them, but she hasn’t been able to find anywhere in Halifax that specializes in the hairstyle. I shared some hair care tips, and she said my hair was beautiful. I thanked her, and we both went about our day.

As I sat on the bus, I thought, too bad I don’t live here. I could start a hair gig on the side.

Last week, an article in The Coast on William Foster appeared on my Twitter feed and I had a eureka moment. The author, Evelyn C. White, was the Black woman who I met at the bus stop.

In Toronto, there are numerous Black hair salons and shops. It’s easy to forget that other Black women live in places where there are so few.

Seeing Evelyn’s face reminded me that nothing is random. Everything we experience is there to teach us something. The memory of our serendipitous encounter taught me to share my story.

Halifax is a beautiful city with many endearing qualities—the proximity of Peggys Cove instance, took my breath away—but it is also a city with a complicated history. Each day, I was reminded of this fact.

I noted the presence of Black stories such as Africville at historic sites like the Maritime Museum but also the absence of others like the Jamaican Maroons at the Citadel, which was built in part because of their labour when they were exiled to Nova Scotia by the British in the 18th century. That history was not highlighted on the Citadel grounds.

Some days, I walked into a new cafe and I felt like all eyes were on me. Other days I felt right at home. It’s not that I wasn’t “allowed” into these spaces. It’s that for 14 days I saw very few people who looked like me in these spaces where, as a tourist, I entered without hesitation.

Travelling while Black in your own country is complicated, but it can spark unexpected conversations.

Two weeks in a city can change your perception of people, places and yourself. Either you see what you want to see, or you focus on the possibilities made possible because of your visit. I choose the latter and will be back again soon.


Voice of the City is a platform for any and all Halifax individuals to share their diverse opinions and writings. The Coast does not necessarily endorse the views of those published. Our editors reserve the right to alter submissions for clarity, length, content and style. Want to appear in this section? Submissions can be sent to voice@thecoast.ca.