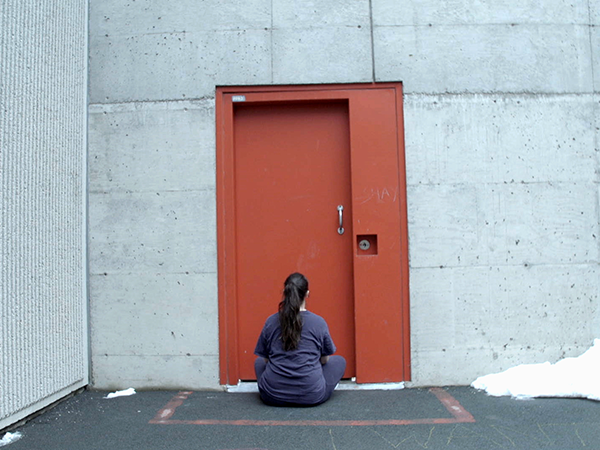 Women are the fastest growing prison population worldwide. A documentary team went into the Central Nova Scotia Correctional Facility in Dartmouth and the Nova Institution for Women in Truro with art supplies, a music therapist and film equipment to find out why.

The result? A feature-length documentary—made in collaboration with inmates—called Conviction. Airing on Documentary Channel December 1, the film addresses what individuals need from society to avoid the revolving-door trap of incarceration.

Senator Kim Pate says she was raised to believe "you did the crime, you do the time." But now, she dedicates her time to encouraging people to think about the trauma that people who are incarcerated experience both outside and inside prison.

Understanding the context of someone's crime is a priority to her—"not to excuse it, but to demand that we address it in a different way that doesn't perpetuate but instead, prevents it from happening again."

"More than half the women in prisons are racialized women," she says. "Most of them are mothers, most of them are poor, many of them have experienced horrific violence as children and as adults, so they very early on dealt with mental health or addiction issues."

In Conviction, Pate asks a group of inmates to imagine, "If I had X, I wouldn't be here." One woman says motherly affection, another says someone to listen, another says recovery from addiction.

"We're building more and more prisons and acting as though prisons can somehow be treatment centres, shelters for battered women, adequate housing. We take people in and throw them back on the street and expect them to fend for themselves," says Pate.

Nance Ackerman, writer and director of the film, was sitting in her car about 10 years ago when she heard Pate on the radio. "She talked about being with Ashley Smith just before she died in prison—it moved me to tears and I felt I had to do something," she says.

Along with the film's co-directors, Teresa MacInnis, Arielle Pahlke and producer Annette Clarke, she felt there was potential and power in documenting the realities of incarcerated women.

Upon release, they are given cameras to document their experiences as they aim to transition back into society.

Treena, recovering from addiction, relapses within days and ends up back behind bars. Bianca, who is pregnant and looking for a place to stay, calls multiple organizations which all result in her leaving voice messages, uncertain if she'll get a placement.

"My body is still in motion, but I'm living lifelessly," says Bianca to the camera, caressing her pregnant belly.

She and Treena, once released, plant a tree together. They say it is a symbol of hope, strength and new beginnings. Their hope lies in the plans for inmate transition house program, From the Ground Up. "I see a place were I'm safe. I see a place where I'm never going to be told I'm not accepted," says Treena.

The women's ideas for the project are in stark contrast to the prison: they talk about a place with grass, trees, nature and spirituality. So far, it's still just a dream—but inmates have pitched the idea at the Nova Scotia Advising Council on the Status of Women.

In the jail yard, Laura dips her fingers under the red door that leads to the outside world. She's trying to touch the green grass. "So close but so far away," she sighs.