A look at some of the ways we've tried to right our wrongs. 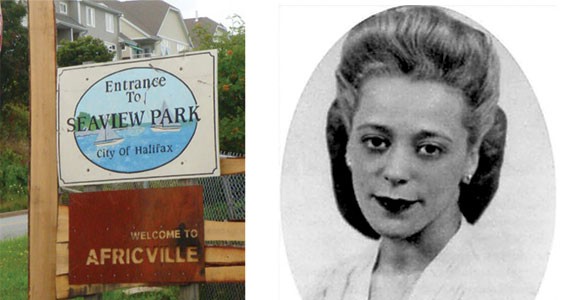 Many of us have never been the victims of intolerance or persecution—or worse. But other Nova Scotians have unfortunately been subject to civil rights abuses. The history of this province also includes decisive human rights triumphs, and late-hour victories that came decades after the wrongs had taken place.

In honour of Human Rights Day last week, below are examples of rulings from Nova Scotia’s Human Rights Commission, or other episodes of injustice in the province that eventually led to such things as a public inquiry, formal apologies, an official pardon and compensation:

• In 2003, boxer Kirk Johnson of North Preston was awarded damages and a public apology after winning his driving-while-black case against Halifax Regional Police. The Nova Scotia Human Rights Commission found that officers had “acted on a stereotype.” The decision ordered mandatory racial sensitivity training for police and civilian personnel in the police department.

• After years of legal tussles and resistance from City Hall, an Africville redress package was announced in 2010. It put to bed claims by former residents that were related to the demise of Africville, the longstanding black community by the Bedford Basin. It was razed in the 1960s. Former mayor Peter Kelly publicly apologized on behalf of Halifax council and the municipality.

• Also in 2010, the province granted a posthumous pardon and issued an apology to Viola Desmond. She was the African Nova Scotian woman wrongfully convicted and jailed in 1946 for sitting in a whites-only section of a New Glasgow movie theatre. Desmond had taken a stand against racism and paid the price. She died of natural causes in 1965. Desmond’s image graces a Canada Post stamp, and last winter Nova Scotia’s inaugural February holiday was named in her honour.

• In 2014, a former Leon’s Furniture employee, Garnetta Cromwell, won her human rights battle against her ex-employer. She’d been a sales associate at the store’s outlet in Dartmouth. Cromwell, who’s black, had complained of bigotry on the job, including a 2008 incident when a manager told colleagues to clear the room for her performance review, because “it’s time for a lynching.”

• Last year, the Supreme Court of Nova Scotia approved a $29-million settlement from a class-action suit filed on behalf of survivors of abuse that went on at the Nova Scotia Home for Colored Children outside Dartmouth. In 2013, the court had finalized a $5-million settlement between the Home’s administration and survivors. The province apologized, as did the Home, and a public inquiry into the abuse is to begin soon.

• Another 2014 decision involved a discrimination case with Rachel Brothers, a former staffer with the Black Educators Association, and her ex-bosses. The woman was in part wrongfully fired in 2006 because, the human rights judgment said, Brothers wasn’t “black enough” in the eyes of at least one official with the provincial association. The ruling in her favour said “colourist thinking” inside the organization created a toxic environment.

• In October, an African-Nova Scotian woman who in 2009 was falsely accused of being a shoplifter at the Sobeys outlet in Tantallon, won her human rights fight after an adjudicator dismissed unsubstantiated allegations against her. Andrella David had picked up ice cream at the grocery store and went to pay for it. While at the cash, a Sobeys employee insinuated she’d stolen from the store during an earlier visit. The adjudicator determined colour and race were crucial factors in the worker’s decision to confront David.