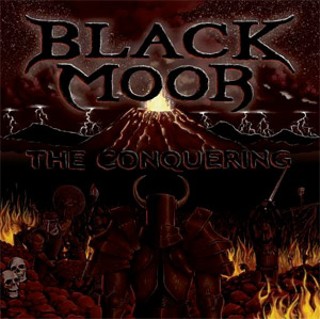 Last year marked Halifax crossing over to Black Moor and their debut The Conquering, on Best Label winner, Diminished Fifth. The metal band and its loud, energetic live show quickly became a favourite around town---even for those who've never rocked a fist before---performing at Megafest, Cole Harbour Harvest Festival and Monte's in Dartmouth, where it all began. But now the band has its sights on the next generation of rockers: playing at Alderney Landing for Canada Day, bassist Rob Nickerson says, "I think that was the first time we'd ever played in front of infants."

Black Moor's skull-and-armour album art was designed by Arthur Doyle, "a good friend of ours who also plays drums for local prog-rock dreamboats In This Style, as well as intergalactic funk machine Tupper Ware Remix Party," says Nickerson (the Best of Music family is a cozy group). And if you want that Black Moor style, look no further than Rock Candy Boutique and Janette Rawding, who designed their merch.