Best Artist / Band To Be Blown Away By 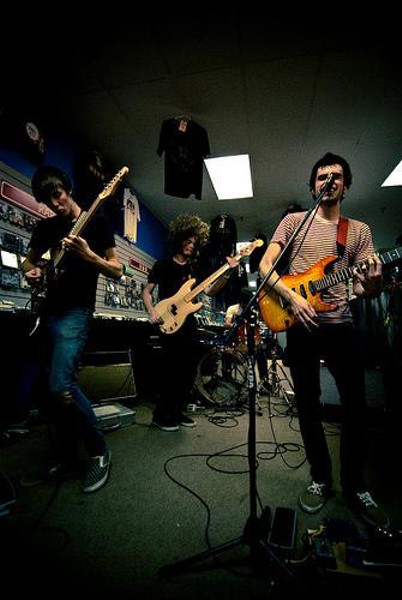 C'mon, who wouldn't be blown away by a song called "Don't Taze Me, Bro." Last year the band recorded their first album, </sarcasm>, available free at inthisstyle.ca, and blew through a mini-tour of the Maritimes with their buddies Black Moor. "It was also the first time we felt like a real band with our own vehicle and everything," says vocalist/guitarist Andrew Wiseman. "It was a '96 Pontiac on which we posted 'Cool Patrol' in duct tape on the side door."

Wiseman says that for their live shows they like to mix it up a bit, to keep the crowds guessing. "Sometimes when we have a long enough set, we'll throw in pieces of little instrumental jams we come up with as song intros, or come up with ways to connect songs...once we decide on a set, we pretty much just jam it as much as we can leading up to the show."