Best Artist / Band To Dance To 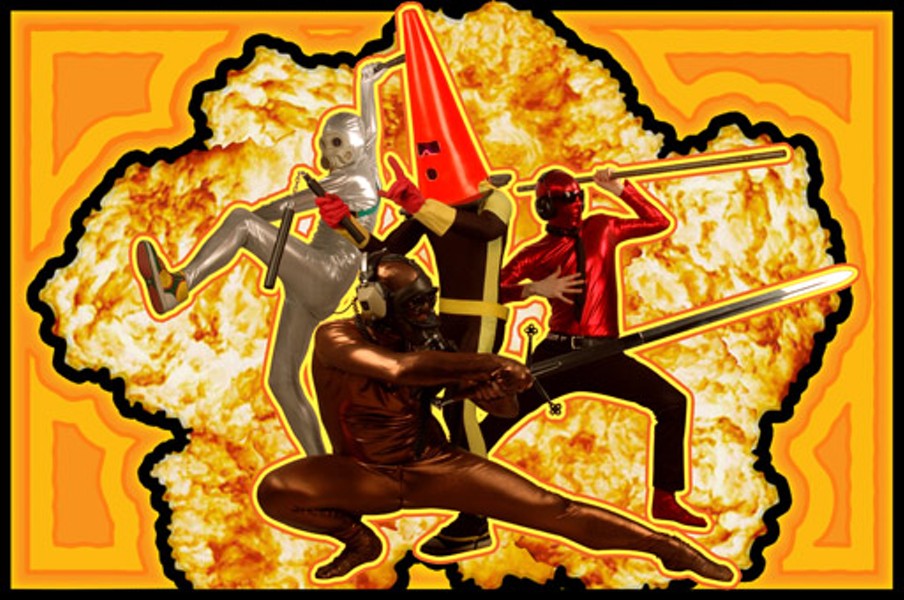 This ain't your momma's food-container party, unless you happen to live on a super intergalactic planet. According to Jorin Caldwell, AKA Doctor Sung, the electrodance party band started off dressed in janitor suits and windbreakers, but once they decided to "take it seriously" they found shiny spandex suits on eBay that would put Daft Punk to shame. One thing the Party hasn't changed is the headgear---while Caldwell can talk through his pylon head, the rest of the band (Havve Hogan, Stone La Chismo, The Great Bombus) can only scream through gas masks. "It's definitely a handicap," says Caldwell, "but it's so much fun you don't think about it." As for those dancing hijinks, "We just go for it, to be as ridiculous as possible." As a dance band, the crowds have been responding too, everyone's "throwing inhibitions to the wind."

Look to the skies for a first album from these self-proclaimed sci-fi nerds this summer.