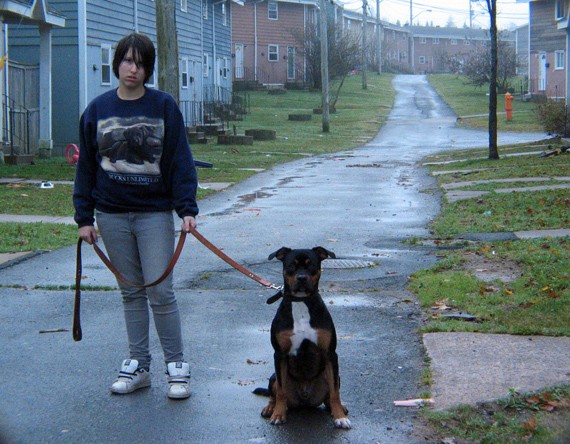 When you're picking up tickets for the Atlantic Film Festival, grab
one for Atlantic Shorts IV (Monday, September 21, Park Lane, 7pm), so
you can give Heather Young an extra clap—-the NSCAD grad just won
Montreal's Canadian Student Film Festival. Dog Girl was inspired
by a teen Young worked with in New Brunswick, who was "very optimistic,
happy and hard-working," despite her difficult life. After an ex
started a rumour about the girl, it made Young wonder "what would make
him say something so cruel and so odd. The story came out of that, as
well as thinking about how badly teenagers can sometimes treat each
other."