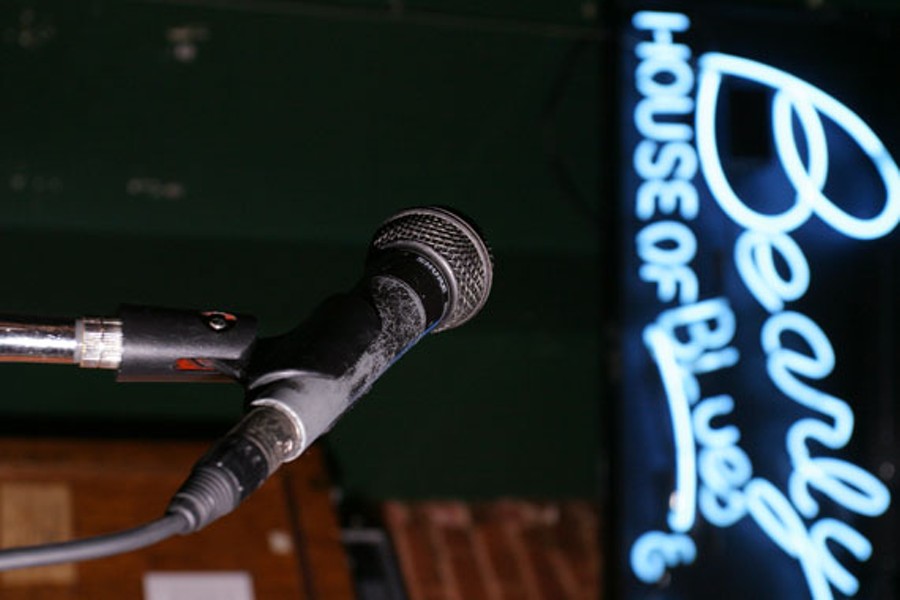 There's always room for you on the Bearly's stage.

"Most people like songs that were recorded before they were born," says Karaoke King Mimi Andriopoulos, explaining that good karaoke is synonymous with singing the classics, even though he gets a lot of new songs in stock all the time. And what's the most popular choice at Bearly's right now? "Don't Stop Believing," the early-'80s chestnut by soft-rockers Journey, recently revived in TV shows such as The Sopranos. "It's impossible to sing but most people don't care. They're just having fun."