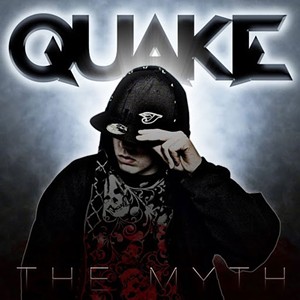 Fairview-born rapper Quake has been on the rise since his hilarious track “Quake vs. Canada” hit the blogosphere in 2007. At the age of 18, the young MC released the dis track against some of Canada's most famous rappers, not as an insult to some to the greats in the business, but to draw attention to the East Coast rap scene that is generally ignored by the rest of the country.

The plan worked, and after a slew of shows and opening slots for Raekwon at the 2008 Halifax Pop Explosion, Quake released *The Myth* in 2010 to critical and fan acclaim for his brash- sounding hood-rap. With the hard hitting beats of production trio Tone Mason and guests spots featuring Chocolair and Halifax-based rapper Kayo, Quake's The Myth is one of the most dynamic-sounding rap albums the city has ever produced.