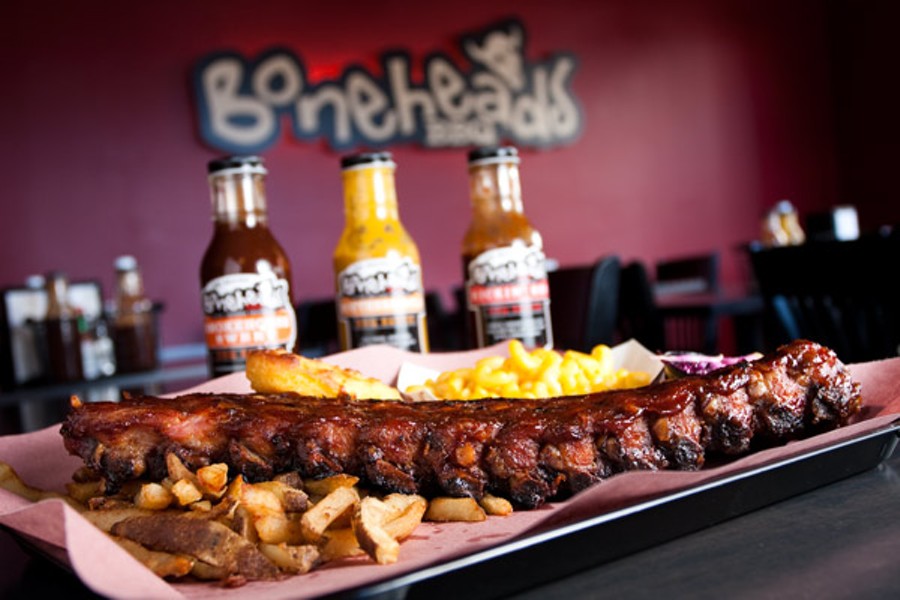 Julé Malet-Veale
The eatery, located at the southern-most reaches of Barrington, just at the park where it intersects with Inglis, has made a big impact in the four-and-a-half months it’s been open. “Things are great,” says proprietor Cindy Wheatley, who saw the opportunity for a new culinary trend to thrill Haligonian bellies. “The ribs and the pulled pork are the two top choices,” says Wheatley, who explains the popularity of the ribs by using expressions such as “low and slow,” “the rub” and “barbeque sauce.” She then talks about “tenderness” and “a little bit of pull off the bone,” but by then we’re making a Homer Simpson’s gurgling/drooling sound at the back of our throat, and it’s difficult to hear what she’s saying. And the trend is genuine, what with Q Smokehouse open now as well, offering a similar menu. “Any competition certainly helps to spread the word,” says Wheatley, graciously. “It certainly hasn’t been detrimental to our business.” This summer expect picnic tables in the park next to Boneheads for sunny, summery outdoor eating, and maybe a few new features when the local produce starts to come in: ask after hush puppies (deep fried corn fritters), barbeque lovers. First Runner-up: Chez Tess
Second Runner-up: Pipa