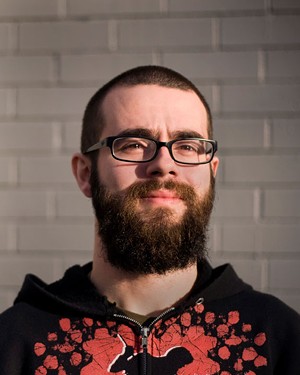 With its steadily growing roster of hard rock and heavy metal artists, Diminished Fifth Records has once again claimed the "Best Record Label" spot in this year's poll. Founder Josh Hogan has a little more on his plate since last year---along with Hassan King, he founded Red Tentacle Media Solutions for bands looking to amp up their promotion and publicity. His band Orchid's Curse---a Coast favorite---is also busier than ever. Still, the label continues to flourish, and last year released Orchid's Curse's latest along with new albums by Last Call Chernobyl and Rusted Dawn. Fans can keep their eyes peeled for Death Valley Driver's debut in May, along with a gory new Orchid's Curse video this summer. As the label's five-year anniversary approaches, Hogan shows no signs of slowing down. "Work is never truly â€˜workâ€™ when you love it," he says.