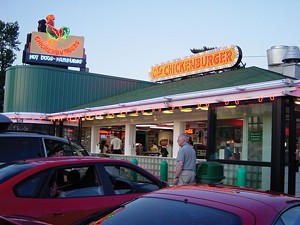 Plans for expanding The Chickenburger empire continue, according to operations manager Colin MacDonald. Not one, but two new locations are in the cards, out at the airport---tentatively set for September---and another downtown, in the parking lot behind Starbucks at Queen and Spring Garden. “We’re working on getting that ready for the fall,” says MacDonald, who’s in the midst of talking with the city about building permits and the such. In the meantime, summer at The Chickenburger in Bedford means ice cream and classic car shows, a retro paradise for everyone to enjoy. First Runner-up: Il Mercato
Second Runner-up: Finbar’s Irish Pub