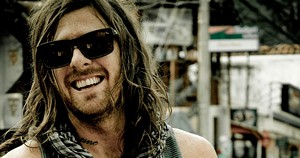 “I’m tickled pink,” says Mays from a hotel in Toronto before his performance at last week’s Indie Awards. He’s responding to the news he’s cleaned up in this year’s Best of Music survey, taking the gold in a whopping four categories. Mays is in the middle of an Ontario tour, taking him back to some very old haunts. “I’m a happy camper,” says Mays. “I’ve had a long time off, and I’m playing towns I haven’t been in four years and I’ve been having an awesome reception.” But as the saying goes, there’s no place like home. “Halifax and I have had a long love affair,” he says. “Over last 10 years from the early days at The Tickle Trunk. I have so much pride in the local music scene.”