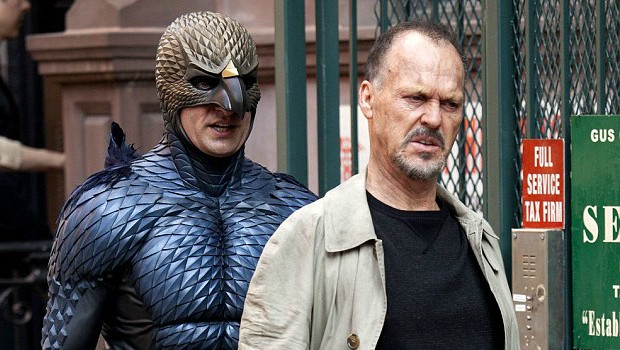 Michael Keaton and Edward Norton nearly throw their eyes out with the self-referential winking they’re doing in Birdman or (The Unexpected Virtue of Ignorance), Alejandro González Iñárritu’s thrilling, dazzling, magic-realist take on artistic intention. Ex-Batman Keaton is Riggan Thomas, a former franchise action hero who is trying to regain credibility by adapting (and directing, and starring in) a Raymond Carver play. Norton is a pretentious theatre star who knows more about life As An Actor than any Hollywood dimbulb. A fine passel of women shows up in the form of Naomi Watts and Andrea Riseborough as co-stars; a fierce Emma Stone as Thomas’ daughter and a woefully underused Amy Ryan as his ex. Iñárritu is a gimmicky director, and Birdman’s is that it was filmed to look like a single shot, which is exciting when it isn’t exhausting. Even the movie doesn’t seem to know what it wants Thomas to do—a new Birdman, Broadway forever?—and an asshole critic’s speech about how he can’t just walk from set to stage and expect to be respected is harsh but also completely fair. Lots to unpack, lots to enjoy. Trigger warning: Jazz drums.