Breaking the cycle of period poverty for low-income Nova Scotians

Many are forced to choose between food and period products every month. They don’t choose to menstruate.

Gayle Collicutt was 17 when she saw her first women's shelter. "My mother was an alcoholic and I was out of control," she says, so eventually she was dropped off at Adsum House for Women and Children. The dramatic change in surroundings "was very eye-opening.

"I got stolen from a lot," she says. "I even had underwear stolen." The theft made her angry at first, but in hindsight, "I was pretty privileged compared to the other women I was living with."

Since then, "I've learned not to judge when people steal," she says.

Theft is one of the last resorts for women, trans men and non-binary folk who can't afford period products while on income assistance and employment insurance. "They're stealing basic items," says Collicutt, like toilet paper, soap, food, pads, tampons and other feminine hygiene products.

That's why, after hearing the stories of Collicutt, fellow advocate Jodi Brown and others, Progressive Conservative MLA Karla MacFarlane tabled a bill to add an allowance for period products to income assistance and employment support benefits. "This would allow extra money to be given to those who would require extra help to cover the cost of menstrual products," says MacFarlane.

The Canadian Menstruators Campaign found that women spend at least $29 per person per year on period products, but an article in Broadview estimates $66 to $250 per year. For people with heavy flow, medical complications or multiple women in the household, the cost per year would be even higher.

Employment Support and Income Assistance benefits provide allowances for things like food, shelter, transportation and hygiene products, but by the time all the bills are paid there often isn't much left to pay for other basic needs. Many have to choose between food and menstrual products.

If it passes, MacFarlane's Bill 126 will make Nova Scotia the first province in Canada to have its own period poverty legislation.

Jodi Brown, like Collicutt, is an anti-poverty advocate with first-hand experience of the sacrifices people make in order to cover their basic needs. The women first met on social media, where they spoke out about child poverty and homelessness. They met once in person at the Central Library, and the next time they were together, they were sitting in a room with PC party representatives to talk about introducing a bill on period poverty.

"Even if sometimes [they] disagree, they're the type of individuals that together are powerhouses," says MacFarlane. "They are not letting this go on their watch."

Brown recorded her budget while she was on the program, and later posted it on a Facebook group called Nova Scotia Housing Tenants. It lays out her allowances, including the hygiene budget.

"Do #Females really have to choose between eating or buying tampons? Seriously what options are out there? Having your period once a month is normal and not new!!!" she says in the post.

They got little response from their initial letters to government, but together with other women Brown and Collicutt collected stories and data to make their case to the PC Party. MacFarlane says that day opened her eyes. "I didn't realize how much of a challenge it is until I sat down with Jodi and Gayle, who brought a lot of wisdom to the conversation."

Collicutt connected MacFarlane with a woman who told her that while she was living on income assistance and experiencing medical problems related to her period, she had to steal tampons and pads she couldn't afford to buy.

"I just never thought that would be something they would have to do," says Mac- Farlane. "This is where we have to have empathy and understanding for these situations. A lot of people say, 'Oh my gosh, you can buy a box of tampons for $4.99,' but everyone is different, and not everyone can use a tampon, and maybe they require a pad and a tampon. There is a big, big struggle out there, and there is a thing in Nova Scotia known as period poverty. It does exist. It doesn't need to, though."

Almost 20 percent of Nova Scotians live on low income, according to Statistics Canada, and half of all income assistance recipients are women. About half of all low-income households are also women. Based on data she requested from the government, Collicutt says the new legislation would be helping almost 18,000 people on income assistance alone. 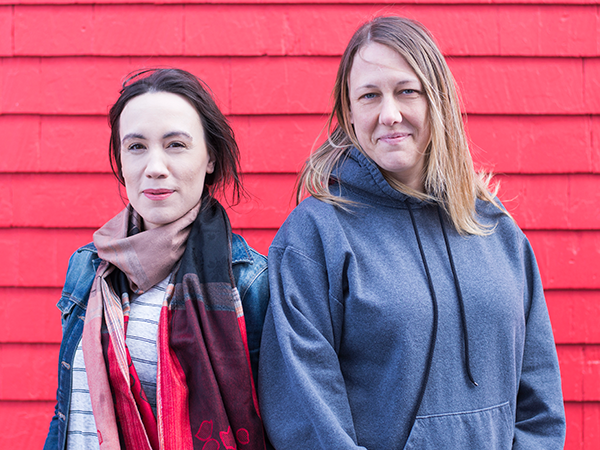 About 10 years ago, Jodi Brown lost her job as an aircraft maintenance planner because of severe damage to her inner ear, which threw off her balance. For two years she underwent testing but doctors were unable to diagnose her. The closer she got to a diagnosis, she says, the more her body fell apart. A cascade of health problems followed—diabetes, depression, liver damage—and she recently became anaemic because of complications with her period.

"This past fall I was going through a tampon and a pad every hour," she says, "and it was still leaking." It went on this way for three days. "I couldn't even go out in public," she says. But at least she could afford the products. She thought to herself, "if it had happened while I was on income assistance, I would have been screwed."

"It's health," says Collicutt. "This is part of our biology...I didn't wake up at 13 and say 'I want to bleed every month.' This is literally not a choice."

Collicutt has lived in shelters a few times, but stopped collecting income assistance in 2013 and applied for a student loan. Around that time she also got into politics, canvassing for an election campaign. People opened their doors to her, but she wasn't happy with what she saw.

A 2018 study by Plan International found more than two million women survive on low income, and the highest rates of poverty are among people of colour, as well as people with disabilities. The same study found that feminine hygiene products are one of the "top three material costs of being a woman."

In Nova Scotia, income assistance for a single person includes $300 per month for rent, and another $275 for everything else. The difficulty period poverty presents is compounded by the fact that Nova Scotia has the highest rate of food insecurity in Canada. If people with periods can't afford food, they have less freedom to make other necessity purchases. Parker Street Food and Furniture Bank on Maynard Street confirmed that period products are the highest requested item, after food.

In conversation with Collicutt, Brown and others, MacFarlane wrote an amendment to the Employment Support and Income Assistance Act. The bill passed first reading at Province House on March 28.

"We had to start off with something that would be understanding and tangible," she says. She wanted the language to be open enough that it would apply to trans men with menstrual cycles. "It's for anyone that has a menstrual cycle and needs assistance."

Bill 126 was written with the hope that, if it doesn't pass, government will address period poverty by amending the act on its own, or by some other means.

"We have a serious, serious poverty issue here in Nova Scotia," says MacFarlane. "There's so much more that needs to be addressed, but we can make small gains and there are things that are doable right now. This is just one of those things."

The department of community services declined an interview request, but sent a statement detailing the success of a $3,000 grant that helped a sexual health clinic in Sheet Harbour give 77 women free feminine hygiene products. Through initiatives like this, they say, "government is committed to supporting long-term, sustainable solutions to help address poverty in Nova Scotia." 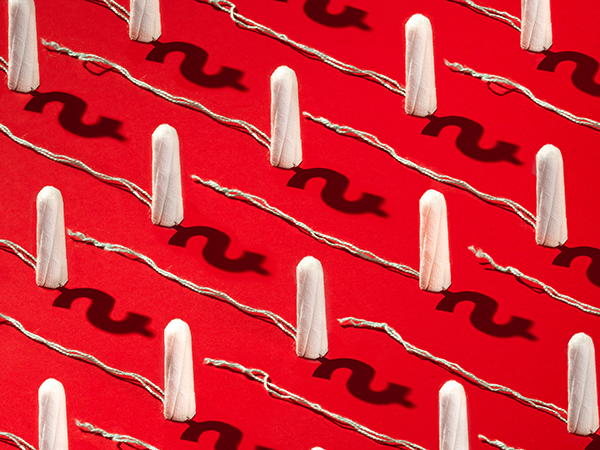 It's possible that the bill will see a second reading in the fall session, but there's no guarantee. In the meantime MacFarlane, Collicutt and Brown agree that they've sparked a major conversation among businesses, nonprofits and government.

The Highfield Park Pharmachoice in Dartmouth offers free period products to anyone who comes in asking. Manager Cassidy Bellefontaine heard about Bill 126 when it was announced in March. She says she read responses on social media that brought the point home. "I realized this is actually a serious need that people don't have access to," she says. For people who live on low income but aren't on social assistance, she says, "What better place to get them than a pharmacy?"

Bellefontaine doesn't see it as a permanent solution, but it's a start: "At the end of the day it shouldn't be up to the charities or the small businesses."

This week, Halifax councillor Lorelei Nicoll's motion to get staff to look at a pilot project to make menstrual products available in all municipal buildings was passed by council. If eventually approved, all community centres, pools and arenas will be stocked with free menstrual products. London, ON was the first municipality in Canada to implement a program like this. Nicoll hopes Halifax can be the second.

"As a woman, all my life I was kind of wondering why do we even have to pay for these things," says Nicoll. Knowing the feeling of having "to look for when they go on sale to actually buy them and afford them" and increased awareness from local groups and pharmacies like Highfield Park moved her to make the motion.

MacFarlane gives much credit to Brown and Collicutt for bringing this issue forward. "They have been amazing advocates in supporting this and finding the facts around it, and connecting me with those that are struggling," she says. "It's definitely opened up a lot of other conversations around poverty in general.

"Everything they do they do with such fortitude. These are two individuals that are so innately authentic. You can tell that they are very articulate, intelligent and they don't back down. It's their own personal experiences and journeys that have made them so strong."

"My message," says Collicutt, "is for politicians to recognize that this is a health issue. We shouldn't have to embarrass ourselves by asking for help. Women have had periods since the beginning of time. It's a basic need, like toilet paper. It's about removing the embarrassment for women and giving them freedom for their products."