Nova Scotia Housing Development Corporation's winning bid has critics wondering if this is a slum in the making. 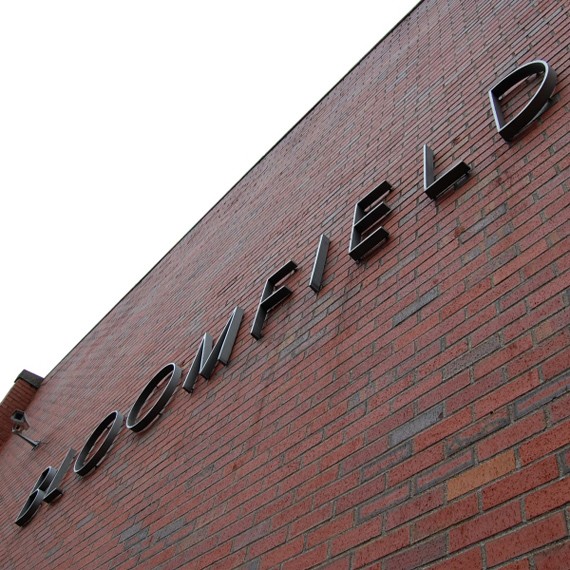 A redevelopment plan for the former Bloomfield School site was approved by Halifax council Tuesday, but not without considerable controversy.

The school was closed in 1988, and in the following years the city mostly ignored the property. But a number of non-profit and community groups leased space in the three buildings on the site, and an activist community developed. When HRM finally got around to wanting to sell off the property, around 2002 or so, those groups formed Imagine Bloomfield, an organization dedicated to preserving the eclectic community while the site developed.

By 2009, the city and Imagine Bloomfield had developed the Bloomfield Conceptual Master Plan, which was approved in concept by council. Under the plan, most of the leases were moved to the best-maintained building, with the understanding that it and one other building would be renovated. As per the master plan, the site entire site would be sold off for development, with the conditions that 20,000 square feet be dedicated to “affordable community and cultural space,” 10,000 square feet be targeted to the “creative industry” and 20 percent of the entire site be reserved as open space. The plan envisioned two 10-storey apartments buildings on Almon Street, each with retail spaces on the ground level, and 20 townhouses along Agricola and Robie Streets, with the residences sitting above commercial and studio space on the street level.

The city put the project out to tender this summer but, surprisingly, the highest-scoring bid was offered by the Nova Scotia Housing Development Corporation, the provincial government’s affordable housing agency. NSHDC beat out Dexel Development, owned by Louie Lawen, who is widely considered to be one of the highest quality developers in Halifax.

NSHDC won because it offered a staggering $15 million for the site, as opposed to Lawen’s offer of $10 million. Under the scoring system, pricing accounted for a potential 50 out of 100 points. NSHDC scored 45, and Dexel scored 22.

But the next biggest scoring category was a potential 35 points for “understanding of vision and objectives for the site and quality of proposed development plan, program, and design concept.” In that that category, NSHDC scored just 18, while Dexel scored 32.

Critics say the province had an essentially unlimited pool of money---tax dollars---to put into the project, and is unfairly squeezing out private developers. Moreover, NSHDC plans to build 478 units of affordable housing on the site, which is about 40 percent of the residential component of the project. That’s far higher than the 10-20 percent that is considered ideal, as higher concentrations bring stigmatization of a neighbourhood as a “project” or “ghetto.” Additionally, the affordable units will have an average size of just 678 square feet, meaning they are bachelor or two-bedroom apartments, with no family housing.

Behind the decision seems to be a staff desire to prioritize short-term financial return over long-term community development. But even that financial return is unwarranted, says Imagine Bloomfield’s Susanna Fuller. “That money should be put back into the project, to fund programming,” she says. Instead, the $15 million will go directly into the city’s general budget.

Imagine Bloomfield had asked for a delay in approval of the tender, to no avail. Council approved it on a 10-6 vote.