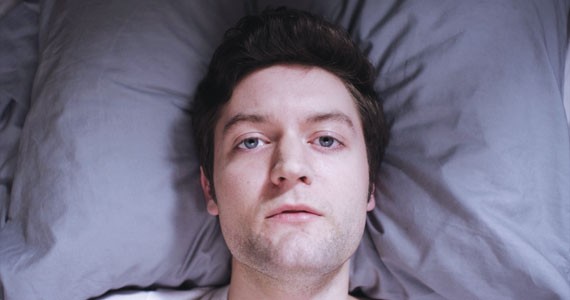 A still from Young’s Scarlines.

"Our Bodies"---a working title---"is a documentary that explores and critiques the accessibility of trans-related healthcare, surgeries and services in Nova Scotia, and across the country," says Young over coffee at Java Blend. "Currently there is no funding system in place for sexual reassignment surgery in Nova Scotia, forcing many people to pay out of pocket."

With support of the Province of Nova Scotia's Cultural Opportunities for Youth program, OUTeast supports filmmaker-in-residence Young, and Our Bodies, which features several interviews, footage of local rallies and events. Still in its infancy, Young aspires to bring the project from province to province, and document places where sexual reassignment surgery is funded, and how this impacts trans residents. "I'd like to see the project evolve into a feature film and be used as a resource and a tool in the fight for accessible trans healthcare in Nova Scotia," says Young. "These surgeries and the expenses that come along with them are costly, and many people are unable to afford them on their own.

Young's first film Scarlines, created as part of her NSCAD thesis project, explores Jack, a post-op transman who visits his seaside hometown for the first time since his transition. He reconnects with family and friends, who struggle to accept and recognize him. The story was partially inspired by a conversation with her trans partner Samson Learn, a local photographer, and his parents, who shared an insight into a much less accepting family over breakfast on a recent visit to Halifax.

"Over coffee they told us the story of a young man from their rural town who came out as gay, and was more or less disowned by his family," says Young. "He and his partner had to move to the city, and he hadn't been in touch with his family since the falling out. Even after we left the restaurant that day, I couldn't stop thinking about this man's story."

Scarlines was shot in multiple locations around Halifax, Ketch Harbour and Terrence Bay. "I really wanted to achieve that small east coast town vibe. Some of the other locations were actually more urban," she says. "The bar is The Company House, the motel is in Bedford and the bedroom scene was actually shot at my parents' place in Fairview."

As a recent graduate of NSCAD's film program, who also organizes and performs as part of the Halifax Drag King Troupe, Young is honoured to be OUTeast's second artist-in-residence. "There is an amazing group of creative-minded individuals who are the driving force behind OUTeast," says Young. "I have unlimited respect for these people"---Krista Davis, Jenna Dufton and Andria Wilson---"as artists, as activists and also as cool people to hang out with and talk film, performance, queer issues and cats."