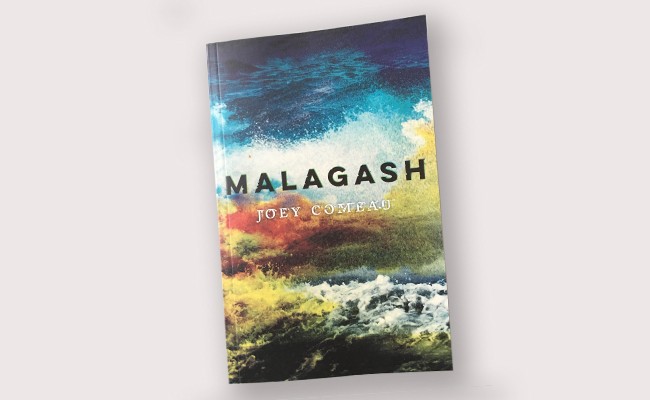 Sunday's father is dying of cancer and he wants to go back to his hometown of Malagash to die. The kids, Sunday and her little brother Simon, are school-aged, and so the whole family packs up for the north shore of Nova Scotia. It's like summer vacation with the wonder of bucolic nature, except it's mostly just waiting around for death to make its appearance.

Sunday, being a tech-savvy youth who seemingly believes in the sort of soul of an online, virtual life, concocts a plan to keep her father alive—so to speak—forever. She meticulously records his voice while he is in the hospital, catalogues it with the precision of an archivist and generates a benign virus that will gently infect computers, simply for the purpose of propagating. For Sunday, and eventually for her little brother, the idea of their father travelling on, by planting little files of his recorded voice in unsuspecting computers, is something to hold onto. It's an escape for these characters that is explored to touching effect by Comeau's tranquil, lyrical prose.

The novel unfolds in the way that one remembers times of mourning: In hazy snapshots of the inevitable moments that loom over the occasion. The last joke exchanged, the last touch, the last word. A weight will lift is the mantra repeated throughout the book. Malagash is about the small moments when humans are faced with huge truths, and there is a weight in that. Comeau's novel lingers with its small pithy truths, its big pithy truths and all the stuff in between.