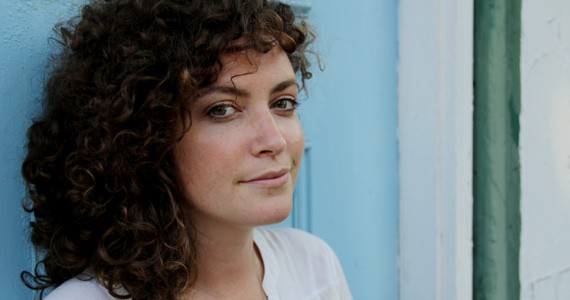 "Even now, I feel like I'm speaking in a bit of a hushed tone," Veronica Simmonds murmurs from inside her wooden cubbyhole. Tucked away in the Spring Garden Road Memorial Public Library's stacks, the booth is where Simmonds has been talking with patrons, recording their memories of the soon-to-be-vacated building.

Despite all the chatter, so far no one's complained about the noise. "All the librarians are on our side," she says. "I haven't been shushed yet."

It's called StackStories, a collaboration between Halifax Public Libraries and media artist/freelance journalist (including for The Coast) Simmonds, along with support from Arts Nova Scotia. Throughout November, library patrons and staff are invited to share stories about the 62-year-old building by visiting StackStories' Speakers' Corner-style audio booth.

The recordings Simmonds collects will be featured in a listening event upon the opening of the new Central Library, edited into an audio documentary for CKDU and posted online as a permanent interactive archive. It's the sort of large-scale storytelling project Simmonds says she had been itching to do for a while. The Library's upcoming change of address presented the perfect chance.

"I've also always been very interested in the library as a public space and also a private space," she says. "Just the fact that people come here for very private moments to read a book. People are very alone together in this space."

So far, the response has been terrific. Simmonds counts almost 20 people who have come by to share their memories in just her first three days. They include one woman who proclaimed her love for the building's water fountains ("It's the coldest water in the city"), and a mother whose toddler-aged son was told he couldn't receive a library card until he could write his name.

"So they went home and practiced writing his name," Simmonds says. "A lot of people have really fond memories of this place. Beyond just full beginning-middle-end stories, people are coming and sharing their sentiments of this place. A lot of love is pouring out from the library."

Opened in 1951 as a memorial to Halifax's World War I and World War II casualties, the Spring Garden Road Memorial Library will be closed down next year once construction is complete and the fancy new Central Library opens at the corner of Spring Garden Road and Queen Street. "It hasn't really sunk in yet," Simmonds says of how most library users are reacting to the move. "We're all still here. The books are still on the shelves."

If anything, she's finding her confessional booth is offering a safe space for the public reflect on their memories without getting too wistful. "I think the people are really honouring this space, but also really looking forward to the future in the new library," she says. "What's interesting about this story booth is people are coming and speaking loudly about what they've been doing, and the relationship they've been building here."

Arguably, the library is the heart---or maybe brains---of the downtown. That so many people would have such happy memories to share about the city's nucleus of information shouldn't be a surprise.

"It's a community hub, in so many ways, both inside and out," Simmonds says. "I feel like the library is the most democratic space in the public sphere. It's where people access information. There was one librarian in talking about herself as 'the keeper of knowledge.'"

every Wednesday from 12-8pm, Saturday from 12-4pm during the month of November. For more info, contact Veronica Simmonds at 902-441-8044 or StackStories@gmail.com