Photos of recreational spaces serve as a photographic backdrop for Brookbank’s non-linear narratives. 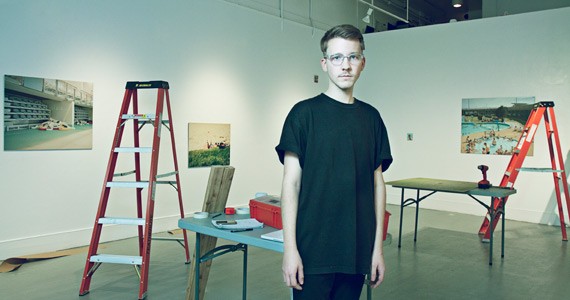 Brandon Brookbank's photographs capture places normally packed with life and action, in a state of abandon. These are still friendly places—rec centres, public pools, cardio theatres—but without folks to enjoy them, the photographs have a tree falling in the woods vibe.

In his newest work, in an exhibition titled Pools and other nouns, Brookbank made use of a Roloff Beny Scholarship and a month in Reykjavik last June. Prompted by his uncle (also a photographer), who pointed out that Reykjavik's strong culture of recreation and deep respect of these public places might be right up Brookbank's alley, he set out. "The project was based on recreational spaces in Reykjavik, they have a smaller population than Halifax, but there are 20 pools in the city, for instance," he says. "But the show isn't what I had originally planned—I showed spaces, people using them and objects around the space, but it became more about recreation and tourism in a contemporary European urban city."

Plus, the pools were sweet. "They really take care of their pools, they love them. They keep them really clean and there are people in the locker rooms making sure you shower beforehand."

Brookbank's work shows a city rejuvenated after a brutal recession, in part due to tourism. "Within the show it's mix of people who live in Iceland and tourists—probably because of my place as tourist, tourists were part of the landscape."

But beyond this series, Brookbank, a NSCAD student and intern at the Khyber, is interested in uninhabited spaces. "I'm interested in spaces as a photographic canvas," he says. "As my work developed, I became interested in ideas with a non-linear narrative. I have more interest in ideas stemming from that rather than keeping it linear and simple."

"I've been taking photos since I was 15. I knew wanted to go into arts so I continued with photography, and intermedia media arts in general. It's just where my head is at. it feels right." 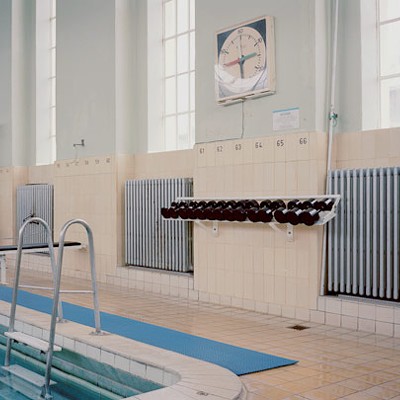