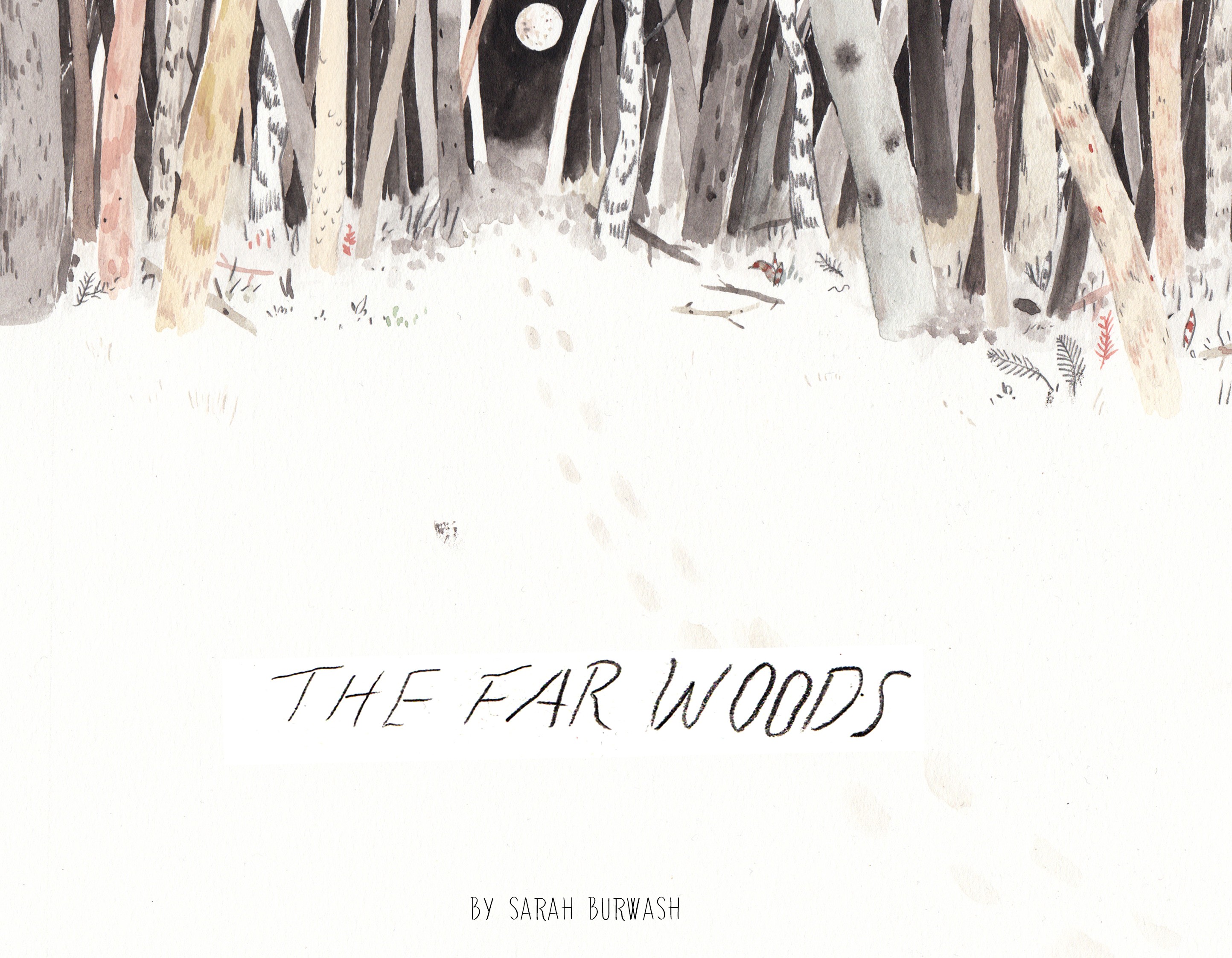 When she was 18 years old, Gwen Lazier Braidwood rode a horse from Belleville, Ontario to Washington, DC carrying an invitation for President Calvin Coolidge. She had never ridden a horse before, but she learned fast, and for 28 days she rode “Tip” through all range of terrain, scaring off would-be bandits in style.

This is one of the many stories of women that has inspired Halifax-based artist Sarah Burwash’s premiere book The Far Woods (Conundrum) launching Friday July 26, 6pm at Lost and Found (2383 Agricola). “I’m looking for stories of early loyalist settlers and looking for a woman’s perspective on that experience.” Burwash explains. “I love reading these stories of these ladies persevering and kind of doing what’s not expected.”

Burwash then takes these stories and illustrates them in a fierce but emotive style that pulls you in to that dark forest. The water-coloured imagery takes us to pastures and woodlands to see women fearlessly negotiating new situations. Though the book has no words, there is a clear narrative. “I’m trying to tell those stories in a subtle way…I want people to search for a story, to find a connection maybe to the characters, to the mood, to the tone, to the emotion,” Burwash says. “I think a lot of my work is rooted in heavier subjects but I want people to come away feeling light at the same time and find the whimsy in them.” One of the heavier subjects addressed is gender inequality, an issue Burwash says she was introduced to at a young age. “I grew up with two brothers which I feel has impacted my practice a lot and maybe the role models I turn to. I feel like they excluded me because I was the girl, so I’ve always fought from a young age, I’ve taken on a bit of a feminist stance and I didn’t know I was doing that, but I was kind of fighting for women’s rights and to be included.”

Brazen is the word that Burwash uses to describe these women that inspire her. And she does seem to be walking in their shoes. In the last year and a half she has ventured out to over five different artist residencies, including Dawson, YK where she was inspired by the women who sought escape and fortune during the gold rush.

Later this summer she will be in residence at the Gatekeeper’s Lodge in Point Pleasant Park thinking of ways to bring these characters off the page. And after that she’ll be heading across the sea to a remote farm in Southern Norway to expand that work.

Like so many of the women she chronicles, Burwash herself seems drawn to the unknown and when asked if she considers herself to be a brazen woman she says, “Yes. I think there’s room for improvement but, yeah.”