You can shop over 30 vendors in person starting this weekend 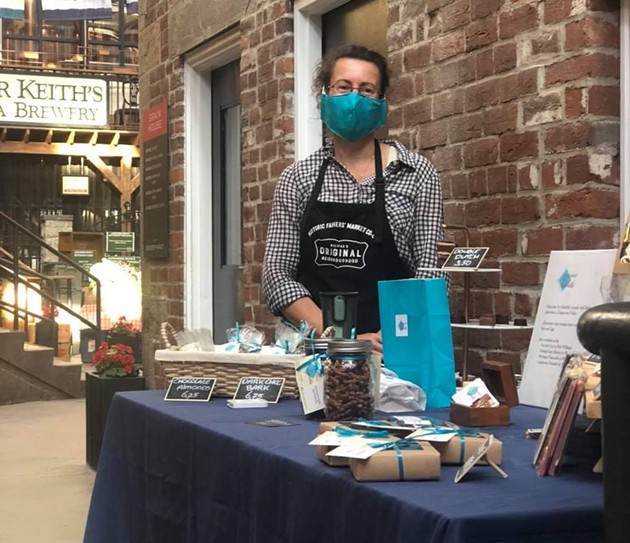 Get your masks and your tote bags ready—and get ready to spend the day at the farmer’s market once again.

Starting Saturday, September 5th, Halifax Brewery Market’s Neighbourhood Goods Market will be back in full force offering a wide variety of items ranging from soap to spices from tons of local vendors.

“I’m definitely really excited,” says Zoë Beale, market manager. “I think we’ve done a really good job of kind of adapting and shifting quickly, but I think there’s been a lot of confusing aspects too so it’ll be nice to have the market all in one space.”

Back in March, the Brewery Market set up a store at 1496 Lower Water Street where people could come and shop products from local vendors that would usually be available live in person at the market. All items sold at the store were also made available online.

After receiving moderate success with this and seeing pandemic precautions loosened, re-opening the market was the natural next step.

Beale says after they sent out a poll to vendors about a month ago, almost everyone was behind the decision.

“We had an overwhelming [response], everybody wanted to come back. So, that made the decision pretty straight forward,” says Beale.

Beale hopes everything will be just as it always was— with a few added pandemic precautions, like vendors wearing masks and gloves, and rooms set up to allow for better traffic flow.

“There's different rooms and so there’s one direction in those rooms,” she says.

“So you can loop around one room and go in another,” says Beale, adding it will be very reminiscent of how people would normally navigate the natural twists and turns of the market, just more streamlined.

People will still be able to hang out and enjoy the market but not quite in the same way.

“I expect it will be a little bit different. Definitely missing the sort of sit down-hang out, social aspect of it a little bit,” says Beale. “I’m hoping people come and make their rounds through the market but still kind of stay in more of the outdoor spaces,” says Beale.

Beale says many of the same vendors will be returning, like Louly's Mediterranean and Urban Fable Halifax (previously the Two Crumpeteers).

“All the vendors are really excited to have that social direct interaction again,” says Beale.

The Brewery Market’s online store will remain open, but Beale says it will be downsized to become more manageable since the vendors will be back at the market space on Saturdays.

The first reopening day is September 5, from 8 am to 1 pm.