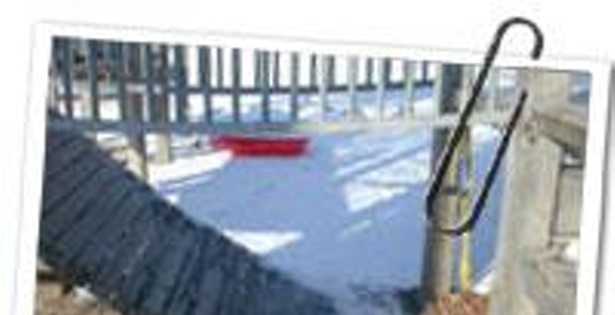 Remarks: Mr. Arbuckle is sick this week, but someone should jump on this case pronto. See, the walking bridge at the playground has fallen down. Someone put up yellow caution tape but two weeks later hasn't bothered to fix it. Kids being kids, the tape has been shoved aside and the bridge has become a makeshift slide. The problem? At the bottom of the slide are the same nails that broke, dropping the bridge in the first place. And those nails are poking up, waiting for little Susie to get horrendously maimed. Exposed rusty nails! We're looking at the whole deal here: gouged out eyes and tetanus shots.