Sage Mixology’s bottle within a bottle proves to be Dal students’ dream within a dream. 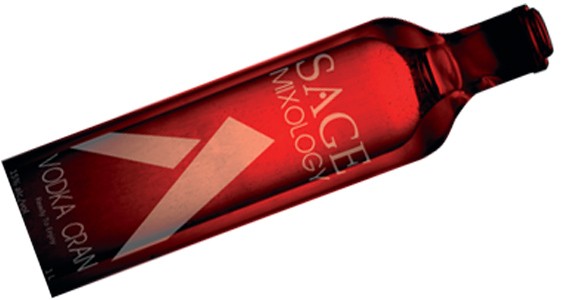 Sage Mixology's bottle within a bottle proves to be Dal students' dream within a dream. by Michaela Cavanagh

The enlightened student's constant quandary: how to make alcohol consumption harder, better, faster, stronger. From shotgunning beers to alcohol enemas, it seems like young people have gone to the ends of the earth (or off the deep end) to optimize their alcohol intake. For those of us whose palates may be slightly more sophisticated, wait no longer. Sage Mixology may have solved the age-old question of ratios---gin to tonic, vodka to cranberry juice, rum to coke--- and the solution is simple: it's a bottle within a bottle.

The guys behind the Sage Mixology concept are fourth-year Dal commerce students Cam McDonald and Daniel Bartek, along with their Ontario-based partner Bobby Besant. McDonald says the idea for the bottle within a bottle system began to percolate earlier this year. McDonald and Bartek were lamenting the sad state of ready-to-drink mixed cocktails and sensed room for improvement with the typical pre-drink culture where you have to cart around two unwieldy bottles to make one delicious drink.

When McDonald returned to his native Oakville, Ontario for Easter, McDonald talked with Besant and realized he was working on a similar project. "I was just really lucky to be able to connect" Bartek and Besant, he says. "After recognizing this need we sat down and did some brainstorming on a prototype." Working with an engineer to come up with a functional design didn't prove as simple as they thought, though. "Our first idea for the bottle was a double helix design, just because it would look really cool, but I think we made the engineer's week because he laughed so hard at that design," McDonald says.

Getting the design down was just the beginning, says McDonald. "After that we had a professor work with us on getting the right dimensions, we worked with glass blowers, we had someone put together a website for us, we talked to investors and went to demo camp, an event thrown at Dal for startups around Atlantic Canada. The response we got was overwhelming," McDonald says. "The support for our idea has been really heartening."

Currently the guys behind Sage Mixology have a prototype, and the patent is pending on their design, which promises a perfect pour every time. What's next? Working on a final, marketable product and getting funding. "There are so many applications for the bottle that we could use in so many different industries," McDonald says. "We've been focusing on the alcohol industry, but there are so many liquids or foods that need to be stored separately and taken together, and we're really excited to see down the road how else we can leverage this concept and bring the idea to the most people possible."

But of course, first things first for Sage Mixology---dominating the world of cocktail innovation. "I think the best way to articulate our current vision is that we want to disrupt the ready-to-drink alcohol market."