Everything you need to know about HRM's polling prep. 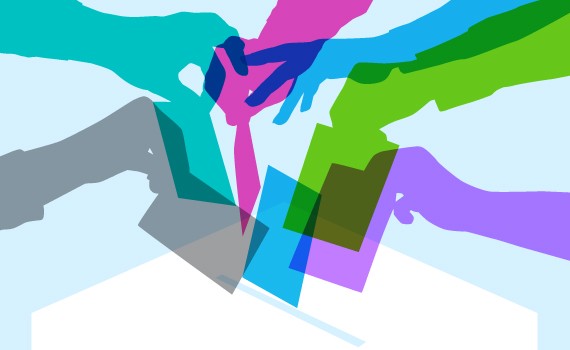 If you were part of the conscientious minority who voted during the last municipal election in the Halifax region, you may recall city hall’s reporting of results was a tad slow.

In 2012, not enough election workers using too few telephone lines set up by staff often couldn’t get through to the city’s main election office. That delay meant voters, candidates and journalists searching online for the names of winners and losers were denied prompt results.

It wasn’t a total disaster, but the outcomes of some district races in metro four years ago weren’t available to the electorate until a couple of hours after midnight. Improving the reporting of results from in-person voting is just one of the logistical issues city staffers must concern themselves with in advance of decision day on October 15.

The cost of preparing and running this year’s civic and school board elections won’t be cheap. The budget for the 2012 elections, in which just under 37 percent of eligible electors cast ballots, was $1.6 million.

Here are some of the crucial components of municipal election planning:

CANDIDATE SUPPORT
The city hosted five workshops in May and June for people considering running for council or school board seats, and covered such matters as how to get nominated, key dates leading up to the election and time commitments that can be expected when campaigning and after being elected. (There’s a manual for candidates available online.) Nominations must be filed by the end of business day on September 13.

VOTERS’ LIST
According to Lori McKinnon, the municipality’s election co-ordinator, the list of voters will never be totally accurate due to various developments—people may move, or might change their names. City hall uses the province’s list of electors, and there are about 305,000 eligible voters in the Halifax area, says McKinnon.

RECRUITING AND HIRING ELECTION WORKERS
The city needs around 1,400 election workers to do such things as staff polling sites at advance polls and on election day, enter data and handle the municipality’s phone lines. As of July 29, between 500 and 600 people had been recruited for the upcoming tasks. “The push comes in August and early September,” says McKinnon, “once people start thinking about elections.”

ADVANCE VOTING
Voting in advance by phone or over the internet will take place October 4 to 13. In-person advance polling will be done on October 8 and 11. Unlike yesteryear, citizens needn’t provide an explanation as to why they want to vote early. Voter information letters, which will probably begin arriving in electors’ mailboxes at the end of September, will have details on e-voting procedures.

POLLING SITES ON ELECTION DAY
On the ordinary polling day, voters can cast ballots between 8am and 7pm. It’s mandatory that all 109 polling locations have level access to accommodate wheelchairs. If you’re disabled or are a senior citizen and need help with your ballot, you may bring a friend with you. “We do inspections of every location before we contract the space for the election,” McKinnon says.

RESULTS REPORTING
Much of the election-night reporting system has been rebuilt after last time. McKinnon says larger polling locations will have an election worker with an iPad doing data entry on site. The city’s primary election call centre will see 12 agents answering the phones, collecting results and entering data. A back-up centre with 10 workers, at a different location, is also to be set up. McKinnon says the city has almost doubled the number of phone agents from the 2012 election.