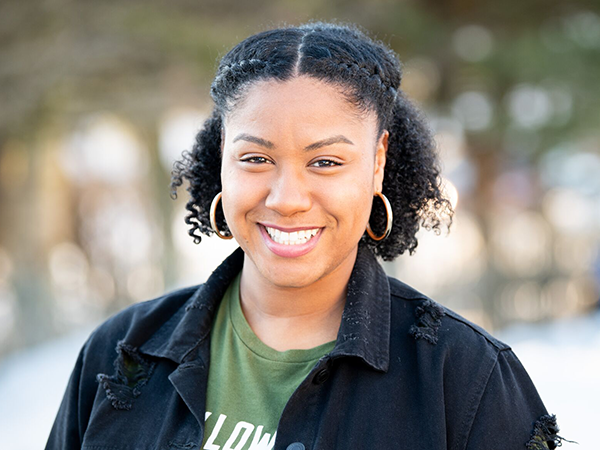 But she's not interested in "beautifying white spaces with a token splash of community colour." She'd rather make an impact from the ground up, literally, in the inviting basement of her North Preston home.

Reddick is redesigning the construct of home as a trusted space. By making her home a headquarters in which to plan a range of community initiatives from gardening, block parties and book clubs to protests, she's strengthening the connections between residents by rooting them to the ground in their community. She calls it the BLxCKHOUSE—the x signifies the interchangeable title of Black House and Block House.

While climbing a lucrative career ladder as a community connector, Reddick heard a "go back to what I know" calling to return to North Preston. At the time she felt her community's problems—reflective of large-scale issues caused by systemic racialized inequities like lack of municipal infrastructure, poor health, violence, incarceration and lack of educational and economic opportunities—were being addressed in silos by people like herself with good intentions who were too far removed from the community.

Initially, Reddick's plan was to create an infrastructure based on the Life.School.House community model run by Jennifer and Scott DeCoste. Using this barter-and-exchange folk school model, homeowners offer facilitation space for community members to learn about arts and culture.

"Something about that particular style wasn't sitting right with me in terms of what is needed here," Reddick says. "It feels constrictive, this viewpoint that assumes 'your folk' and 'my folk' are the same, like I'm some box to check off the diversity list. North Preston, present. Nah, my folk school needs my folk. Period."

Reddick decided instead to take on the undesignated role of chief resilient officer, offering place-based support in the form of a youth drop-in centre two to three nights a week and meeting space for community groups to design sustainable solutions to chronic disparities in economic, social and environmental outcomes. Solutions which are as unique to North Preston as its people.

Reddick extends this appreciation and space to honour her sibling relationships too. Her brother, Corvell "Velly" Beals, organizer of The Peace Tournament—a basketball event—and star of the film This is North Preston says his sister says "some out-there shit" but gets away with it because "she's so confident in her shit."

In other words: She speaks her truth.

Reddick's urban design approach is cross-disciplinary, blending social and environmental science with spatial practice. Her basic premise is that community ways of thinking and doing research are in fact forms of design practice.

She is still grappling with the decision of whether or not to finish her undergrad and she's a little bit uneasy about how her methods may be perceived by other planners, architects and social scientists. "Do I have the right to call myself an urban planner, designer or whatever? Maybe not, probably not, but I guess the only rights to the city that I'm looking for is from my community since we are the ones who live here or 'been here' as Cyndi [Cain] would say," says Reddick. "And I want to help facilitate the design of the best here, now and for future generations."