Burning need for Environmental Bill of Rights in Nova Scotia

Using tires as fuel—and other dubious industrial decisions—deserves a sober second look to protect the public. 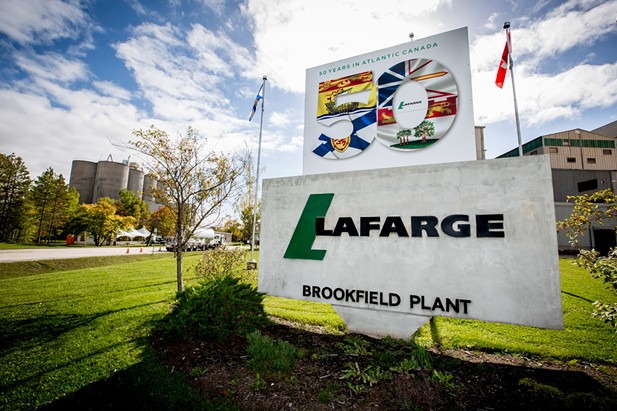 It’s a glimmer of hope for area residents who’ve been pleading to hold RDM Recycling accountable for the poison in their water. It’s also a reminder of how little agency Nova Scotians usually have when it comes to the air they breathe and water they drink.

Toronto lawyer Kaitlyn Mitchell has been working on the Harrietsfield file with Ecojustice, the national legal advocacy group. She says it’s shocking how often the public is forced to use the courts and Freedom of Information requests to figure out what’s happening in their own communities.

“It’s quite staggering the degree to which individuals in Nova Scotia and other provinces without Environmental Bills of Rights,” says Mitchell, “can be kept in the dark when it comes to government decision-making that can directly impact their rights.”

Although the idea’s been proposed by activists and opposition parties, there is no Bill of Rights in Nova Scotia guaranteeing a healthy environment. One hopes such a document wouldn’t be necessary, says Ecology Action Centre policy director Mark Butler. Obviously, that’s not the case.

“We need something,” says Butler. “Just on the procedural side, more transparency, more openness is much needed in Nova Scotia around these decisions.”

Take one of the dozens of examples where government policy decisions opaquely ignore the outcry from area residents and environmental experts. It’s what’s happened with Alton Gas, the Fall River quarry, the Avon River Causeway and most recently in Brookfield.

Environment minister Iain Rankin’s recent decision to let Lafarge Canada burn tires at its Brookfield cement plant instead of coal is the same proposal Nova Scotia’s previous Tory government rejected in 2007 as having too many risks and unknowns.

Even at high-enough temperatures and when carefully monitored, burning tires poses a risk for releasing toxic dioxins and heavy metals into the environment. But Butler says the company’s calculated GHG savings also don’t address the full carbon lifecycle.

Nova Scotia’s scrap tires were already being chopped up and reused by C&D Recycling as infill for road projects. Without the tires, engineers will need to use mineral aggregate. The mining of that material is more carbon-intensive than the savings lauded by Lafarge, says Butler.

The Tragically Hip didn’t wait for that chance. While Nova Scotia was rejecting its proposal in 2007, Lafarge was busy fighting the Canadian icons, Ecojustice and Kingston residents who were working together to appeal the tire-burning permits already granted for its nearby factory.

The group successfully brought the case to Ontario’s Environmental Review Tribunal, arguing the province failed to consider the cumulative environmental health risks of setting a bunch of tires on fire. Lafarge walked away at that point, fearing some combination of the financial cost, time and scrutiny it would face pleading its case.

“It’s designed, in theory at least, to allow citizens to bring their concerns to the tribunal without having to go through years of expensive litigation in the courts,” she says. “The court process is there, but in many ways, it’s not an effective tool to access justice for ordinary citizens.”

The bar to have a case accepted by Ontario’s tribunal is quite high. Submissions have to be made within 15 days of a ministerial decision and be accompanied with significant expert evidence to show beyond a doubt that “no reasonable person” should have approved the matter.

“That’s a really, really high bar to meet, and rarely is it met,” Mitchell says. “But in the case of the Lafarge proposal in 2007, it was actually met. The tribunal agreed with the citizens there was solid evidence that suggested the decision should be reviewed.”